The US Is Taking In Less Refugees. That Could Put It At Risk. 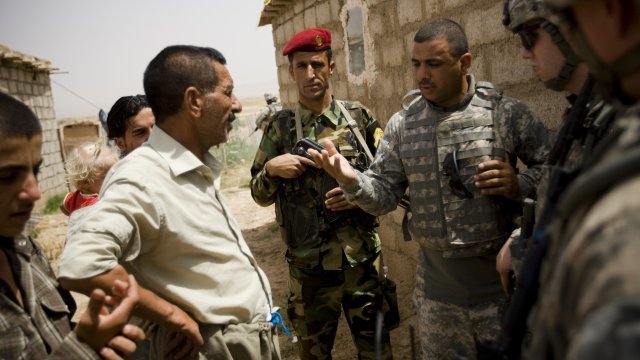 SMS
The US Is Taking In Less Refugees. That Could Put It At Risk.
By Jake Godin
By Jake Godin
October 4, 2018
By taking in less refugees, especially those who've helped the government, the Pentagon worries it could put the U.S. at risk.
SHOW TRANSCRIPT

Refugees are being admitted to the U.S. in record low numbers — and in some cases, it could be putting the country at risk.

Only around 22,500 refugees were brought into the U.S. in the 2018 fiscal year. It was a long way off from the ceiling, or maximum number of refugees allowed in, which was set to 45,000 by the Trump administration.

That's less than half the amount that came in during the 2017 fiscal year and almost a quarter of 2016's numbers.

Also down are the numbers of refugees let in who've helped the U.S. in some capacity such as military interpreters — specifically Iraqis. 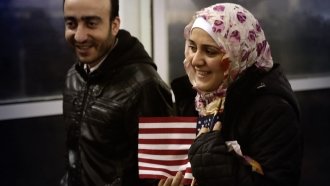 How Does Trump's Refugee Cap Compare To Other Nations?

The drop has raised alarms at the Pentagon, which worries it could impact national security by pushing local forces away from helping the U.S. military. It's not the first time the Pentagon has pushed back on the Trump administration's refugee policy, either.

When Trump initially tried to ban refugees from certain countries from coming into the U.S., there was a large outcry not only over the ban itself, but over the fact Iraq was one of those countries.

The idea was that the U.S. needed to honor agreements to protect those who risked their lives to… well... help the U.S. Especially because it'd likely put their lives in danger.

On top of this, a 2017 report from The Soufan Center claimed there's also a risk in not helping other refugees lamenting in poorly maintained camps. A lack of education or opportunity exposes refugees to the risk of being radicalized by terror groups.

In September, the Trump administration announced an even lower refugee ceiling than last year — 30,000. Given last year's numbers, it's unclear if even that many will be allowed in.