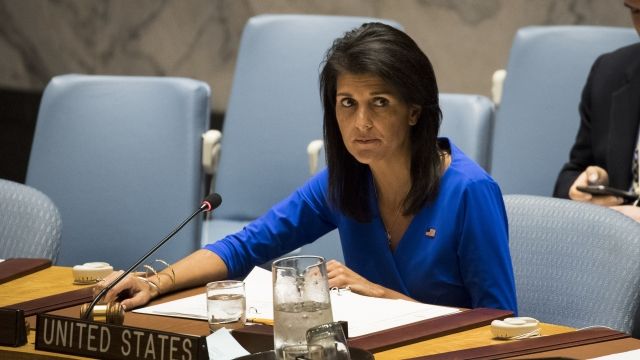 SMS
The US Is Pushing For Big Changes In The UN's Human Rights Council
By Ryan Biek
By Ryan Biek
June 6, 2017
The U.S. ambassador to the UN highlighted two key issues with the council on Tuesday.
SHOW TRANSCRIPT

The Trump administration is reconsidering its membership in the U.N. Human Rights Council.

On Tuesday, Ambassador Nikki Haley highlighted two main problems the U.S. has with the council: the number of human-rights abusers who are members and the council's bias against Israel.

Countries are selected to the Human Rights Council by vote. About a quarter of all U.N. members get in.

But it's no secret some members abuse human rights and use their membership to dodge punishment.

Haley specifically called out Venezuela, which has been implicated in a list of those abuses. 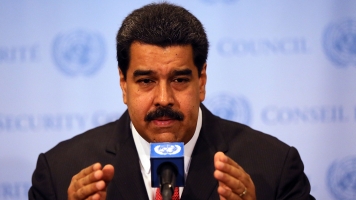 Haley said: "It's hard to accept that this council has never considered a resolution on Venezuela. And yet, it adopted five biased resolutions in March against a single country –– Israel."

As for Israel, it's also faced human rights complaints.

But it's the only developed country that regularly gets special attention on the council's agenda.

It's known as "Item 7" and deals with Israel's occupation of what the U.N. considers Palestinian territories.

Many human rights experts and diplomats agree with the problems Haley highlights.

But some rights organizations argue if the U.S. does pull out of the council, the situation may only get worse.