The US Infant Mortality Rate Is Embarrassing, But It's Getting Better 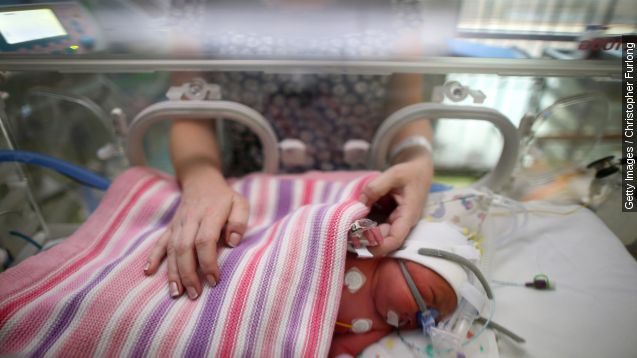 SMS
The US Infant Mortality Rate Is Embarrassing, But It's Getting Better
By Kate Grumke
By Kate Grumke
December 9, 2015
More than 50 countries have a better infant survival rate than the U.S.
SHOW TRANSCRIPT

The U.S. infant mortality rate has reached a historic low, according to a new report from the Centers For Disease Control and Prevention.

While about half of a percent seems low, compared to other developed nations, the U.S. infant mortality rate is actually pretty high.

According to the most recent numbers from the CIA, the U.S. is behind more than 50 other countries when it comes to infant mortality rates.

Even Cuba's rate was lower, and the U.S. infant mortality rate is almost double that of France, Italy and Spain.

According to the CDC, the leading causes of death were the same from the year before. The most common causes were birth defects, low birth weight, maternal complications and sudden infant death syndrome.

Even though the U.S. rate is high, the CDC says it's decreasing. That's good because infant mortality rate is an indicator of development, and ours has been called a "national embarrassment."

This video includes images from Getty Images, Jason Pratt / CC BY 2.0 and Vinoth Chandar / CC BY 2.0.