Gentrification Can Be A Good Thing — Just Check The Data 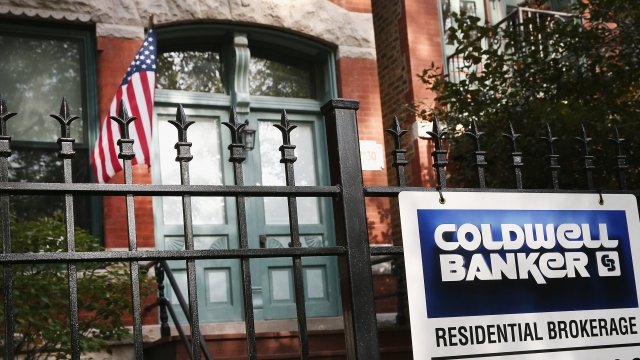 For starters, homeowners in gentrifying neighborhoods could see a huge positive impact.

Gentrification seems to happen slowly, and then all at once.

A neighborhood, usually chronically under-resourced and made up of mostly minority residents, sees a renaissance. It’s pretty easy to spot. Young families, yoga studios, boutiques, maybe a Whole Foods move in. It has some upsides, like higher property value, lower crime and better schools. But longtime residents worry about developers building new properties and pricing them out of their neighborhoods.

For what it's worth, a massive study found that generally, people aren't displaced during gentrification so much as the number of rental units declines. And low-income residents in gentrifying neighborhoods are less likely to move than those living in neighborhoods that are not gentrifying. Still, gentrification has become a controversial topic in our culture —  whole podcasts are dedicated to it.

In 1964, British sociologist Ruth Glass coined the term after she witnessed a trend playing out in London's Islington neighborhood: Young creative professionals taking over what had been a primarily working-class neighborhood made up of West Indian immigrants.

"Gentry" is a term for people of good social station, and Glass used it to describe what she saw — hence, gentrification.

Flash forward to today: Pockets of cities are seeing economic revitalization. Real estate website RENTCafe found the areas that experienced the most gentrification from 2000-2016.

It looked at home price, household income and education of residents. In Los Angeles, one neighborhood saw home values change by 707 percent. In Philadelphia the average home value changed 404 percent, and in Manhattan, 356 percent.

It's easy to see the downside of gentrification. Home prices rise and some residents feel a loss of culture. But some economists argue gentrification has huge benefits.

Idrees Kahloon writes in The Economist: "Longtime residents reap the rewards of reduced crime and better amenities. Those lucky enough to own their homes come out richer. The left usually bemoans the lack of investment in historically non-white neighborhoods, white flight from city centers and economic segregation. Yet gentrification straightforwardly reverses each of those regrettable trends."

Not only that, it does it through the marketplace without government intervention. So is this process an ugly side effect of capitalism? Or a necessary one, infusing much-needed dollars and TLC into under-resourced neighborhoods?

With Chicago as her home base, Colleen O’Neill has spent the last seven years as a media producer, writer and storyteller. After studying Broadcast Journalism at Columbia College, Colleen started her TV career at WTTW's flagship public affairs program "Chicago Tonight.” She went on to produce a nationally syndicated financial news program "First Business News" before making the switch to morning TV. Colleen spent three years as a line producer for WCIU's morning show "You & Me" before launching the rebranded morning show "The Jam.” When she's not in the control room, Colleen loves to travel, explore new neighborhoods and hang with her cat, Seth.