Italy's Migrant Crisis Is Getting Worse, And It Wants The EU's Help 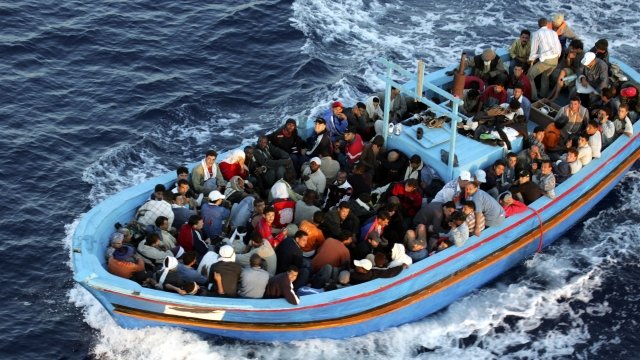 SMS
Italy's Migrant Crisis Is Getting Worse, And It Wants The EU's Help
By Ethan Weston
By Ethan Weston
July 2, 2017
Over 83,000 migrants have arrived in Italy this year, and now the country is considering closing some of its ports to slow the flow of asylum seekers.
SHOW TRANSCRIPT

The UN's High Commissioner for Refugees has called on Europe to help Italy with its growing migrant crisis.

So far this year, 83,650 asylum seekers have arrived in Italy by sea. That's a 20 percent increase from the same period last year.

And in the past week alone, over 12,000 migrants were rescued in the Mediterranean Sea.

That influx has left some Italian politicians threatening to close some ports to rescue ships, forcing other Mediterranean countries to take in more migrants.

Under EU law, asylum-seekers must apply for protection in the first EU nation they set foot in. But Italy only has around 200,000 spots for refugees and migrants, and most of them are full. And because of the country's close proximity to Libya, Italy is the main destination for migrants fleeing across the Mediterranean.

Italy's prime minister has accused other European countries of "looking the other way" when it comes to the migrant crisis. 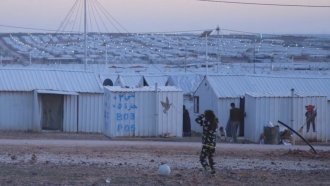 But the threat to shut out other nations' rescue ships might just be a bargaining chip — talks between France, Germany and Italy on the migrant crisis start Sunday in Paris.

It's not clear if Italy even could legally shut its ports to asylum-seekers. International Maritime law says ships that learn of distress at sea have to help. Those same laws also say the country that normally operates in that area is responsible for taking care of the people in need.

The Mediterranean crossing is a dangerous one. The UN estimates 2,030 migrants have died or gone missing since the beginning of the year. Many of the migrants crossing are minors.

The EU has pledged more financial support for Italy, but it hasn't followed through on a previous plan to relieve the country's migrant crisis. A 2015 plan promised to move 160,000 asylum seekers from Italy and Greece. So far, less than one-fifth of those have been moved.