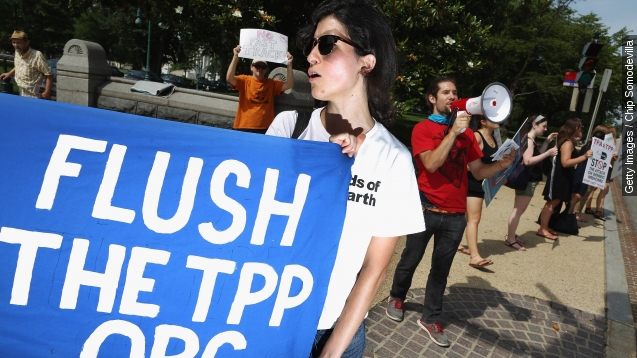 The Obama administration made the full text of the Trans-Pacific Partnership public Thursday.

It's notable because up until that point, even members of Congress had struggled to access the 12-nation trade deal.

"You bring your secured employee in there, you have a limited period of time," Rep. Chellie Pingree said.

The president kept the details from the public even as he pushed for so-called fast-track authority from Congress, arguing that releasing them could compromise the deal as a whole. (Video via The White House)

"If there are no good reasons for secrecy here, that leaves only a bad reason. ... We should keep the deal secret, because if the details were made public now, the public would oppose it," Sen. Elizabeth Warren argued.

But that secrecy was one of the factors that drew opposition from Congressional Democrats, many of whom were against giving the president fast-track authority on the deal. (Video via AFL-CIO)

That happened anyway, and it means Congress can't amend the deal, even now that it's public. It can only vote yes or no.

Even that won't happen for a while, though. Congressional leaders could delay a vote until after the president leaves office, and the deal itself won't go into effect until two years after it's ratified.