The UK Thinks It Found The Rocket NASA Was Looking For 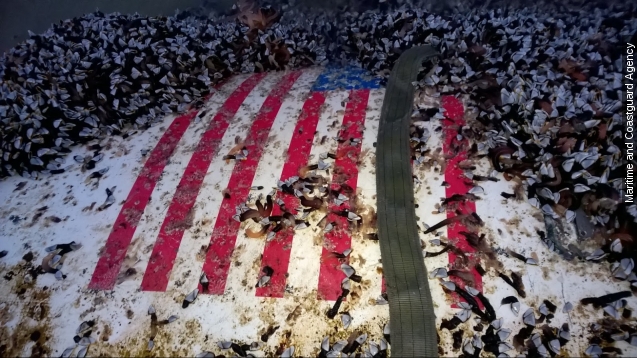 SMS
The UK Thinks It Found The Rocket NASA Was Looking For
By Samantha Crook
By Samantha Crook
November 27, 2015
UK officials think they've found part of an American rocket. NASA has been trying to find debris since a SpaceX cargo rocket blew up over the summer.
SHOW TRANSCRIPT

U.K. officials found what appears to be a piece of an American space rocket that exploded just after taking off.

The Maritime and Coastguard Agency said in a blog post this large piece of metal with an American flag printed on it was recovered in the ocean near the island of Tresco in the Isles of Scilly.

Coastal Area Commander Martin Leslie said in the post, "We're grateful for all those who helped in its recovery – it was a great example of the community working together."

The coast guard believes the debris is from the unmanned SpaceX Falcon 9, which exploded shortly after takeoff in Cape Canaveral, Florida. The rocket was on its way to the the International Space Station to deliver supplies. (Video via NASA)

If it is the rocket in question, the find should come as pretty great news for NASA. The agency actually activated a space debris recovery hotline in June for the public to use if anyone happened to stumble upon the rocket's remains. (Video via NASA)

The piece of metal is currently anchored on the beach in Tresco. And it's also home to lots and lots of barnacles.

This video includes images from the Maritime and Coastguard Agency.