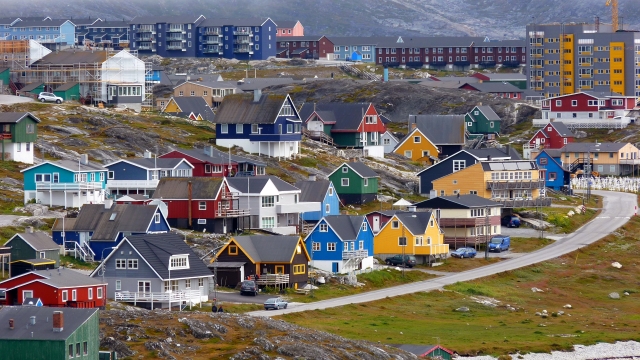 The Trump administration is looking to open a consulate in Greenland for the first time in years.

That's according to a State Department letter to Congress obtained by The Associated Press. The department said reopening a consulate in Greenland is part of a plan to increase the U.S.'s presence in the Danish territory, which would "protect essential equities in Greenland while developing deeper relationships with Greenlandic officials and society."

The idea of a U.S. consulate in Greenland isn't new. In 1940, the U.S. established a consulate there after the Nazi occupation of Denmark, but that consulate closed just 13 years later.

Earlier this month, President Donald Trump confirmed that he was looking into buying Greenland. The island has abundant resources and is home to the U.S.'s northernmost air base. The suggested purchase was criticized by officials in both Greenland and Denmark.

Though the State Department hasn't officially announced the new U.S. consulate in Greenland, the letter to Congress said it would open next year and eventually have a staff of seven.