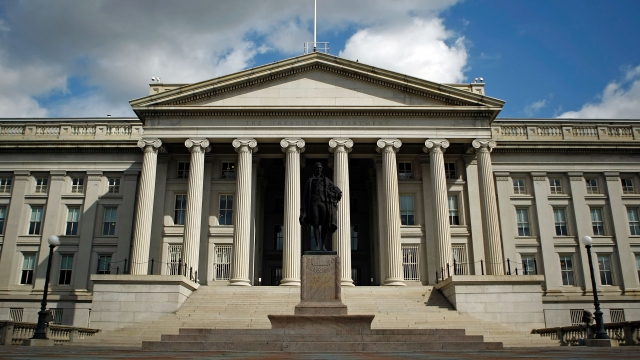 The U.S. budget deficit climbed past $1 trillion in the first 11 months of the 2019 fiscal year.

According to the most recent numbers from the Treasury Department, the deficit rose by $200 billion in August to reach roughly $1.07 trillion. That's up 19% from the same time last year.

This is the first time in seven years the difference between the federal government's spending and its revenue has surpassed the $1 trillion mark.

During the 2016 presidential campaign, then-candidate Donald Trump vowed to get rid of the federal debt. But that debt has steadily swelled since he took office due in part to a $1.5 trillion tax cut enacted in 2017, a giant spending package passed by Congress and a massive new budget deal.

But just because the deficit is currently more than $1 trillion, it doesn't mean it's going to stay there. The Congressional Budget Office recently estimated the full-year deficit will total $960 billion.

That's because a spike in tax payments usually causes the deficit to fall in September.