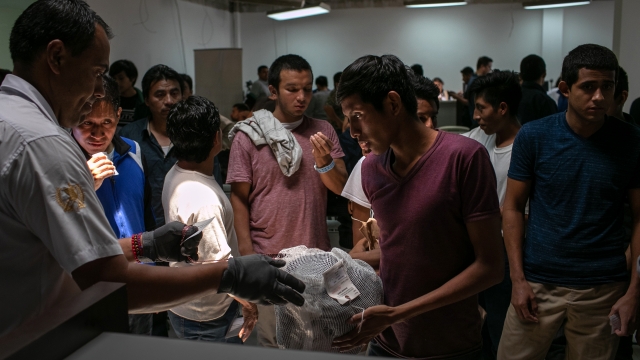 The immigration agreement Guatemala signed with the U.S. in July won't work, according to Guatemala's new president-elect.

U.S. and international law require that the U.S. hear asylum cases. The deal, known as the Safe Third Country Agreement, is a way around that. It requires Central American asylum-seekers who pass through Guatemala to apply for protections there before going to the U.S. If migrants fail to do that and arrive at the U.S. border, they can be sent back to Guatemala.

Guatemala's outgoing president signed the deal after President Donald Trump threatened the country with tariffs. But President-elect Alejandro Giammattei told The Associated Press on Tuesday that even though the deal was signed, it's probably not going to work out. For one thing, Guatemala would have to be certified by the U.N. as a "safe third country", and he doesn't think Guatemala fits the criteria.

A safe third country has to meet several conditions. On the most basic level, asylum-seekers can't be at risk of serious harm or persecution in that country, and they can't be forced to go back to their home country where they might be persecuted. But beyond that, the country must adhere to a 1951 U.N. convention outlining the treatment of refugees — including that refugees must have access to work, social services and education.

The U.N. certification isn't the only hurdle. Guatemala's supreme court ruled the agreement must be approved by the country's legislature before it can take effect. And American policy stipulates that the U.S. has to prove Guatemala has a full and fair asylum system. Since a 2018 U.S. State Department report, citing the U.N., said Guatemala's asylum system was inadequate, that'll be a challenge.