The Trouble With Being A Front-Runner 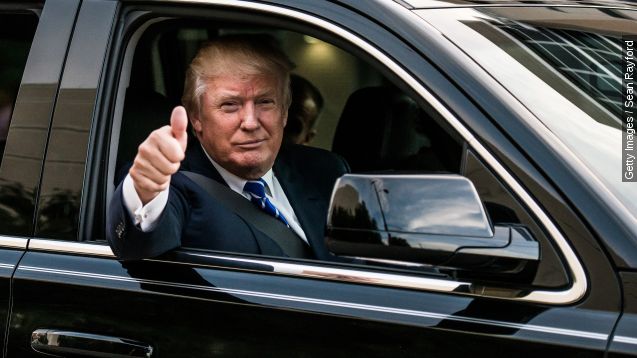 "Do you think this is your breakout moment?" ABC’s George Stephanopoulos said.

"These polls don't really mean anything at this stage, George. You're a veteran of campaigns, and I'm not sure the mid-September winners are where you want to be," Marco Rubio said.

Or, more likely, he doesn't want to peak too early.

And that’s a valid fear. Being the front-runner candidate is great — if you can sustain the momentum. But more often than not — this early in the race — you can’t.

We’ll save you the trip down memory lane, but suffice it to say, we could go on.

The point is — every election cycle there are a handful of candidates who burst onto the scene, seemingly out of nowhere, and enjoy a brief moment in the sun before the novelty wears off.

Scott Walker is the latest casualty. It wasn’t that long ago he was leading the polls in Iowa. (Video via The American Conservative Union)

And so, that’s why you don’t see Marco Rubio making a big deal out of this most recent CNN/ORC poll that saw him jump into fourth place.

He isn’t generating the level of buzz as say, Donald Trump or Jeb Bush, and maybe that’s the point.

By keeping a fairly low profile, Rubio avoids making the kind of distractions that can doom a campaign early on.

If he keeps it up, he could pull off a late-in-the-game surge — just in time for primary season.