The Trials And Triumphs Of Third Parties In The US 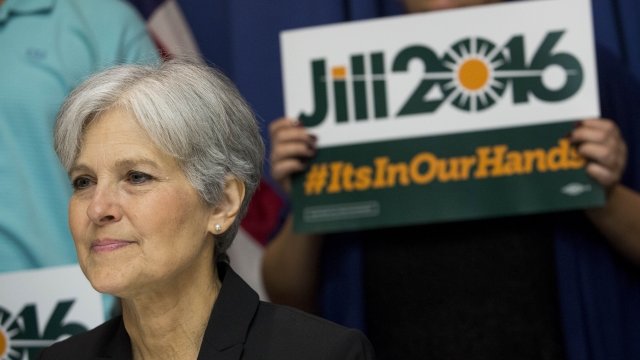 SMS
The Trials And Triumphs Of Third Parties In The US
By Chance Seales
By Chance Seales
January 3, 2018
Past elections show the potential of third parties to inspire important social changes.
SHOW TRANSCRIPT

The United States has a long, checkered history with third parties.

In theory, a gazillion political parties can exist and even get on the ballot, but we've seen, time and again, most of these efforts fizzle out quietly or flame out spectacularly without leaving any real mark on the system.

Things like the Green Party, the Pirate Party and the Rent is Too Damn High Party are novelty items at this point. But flipping through the scrapbook of elections past shows certain outside-the-mainstream candidates can gain a foothold if not win the grand prize.

Check out the greatest hits from UVA. 1912: After leaving the White House, Teddy Roosevelt ran as a member of the Bull Moose Party, getting 27 percent of the vote. But it pulled support from his old affiliation, Republicans, leading to a Democratic win.

Strom Thurmond, a famous segregationist, ran under the Dixiecrat banner in 1948, but he lost big time. George Wallace, another segregationist from the South, bucking the Democratic Party got 13.5 percent as an "American Independent."

And in the modern era, the most successful third-party candidate was billionaire Ross Perot in 1992, running as an independent. He'd buy full blocks of prime-time network TV to share his ideas and charts. In the end, he captured 19 percent, pulling support from his old nemesis George H.W. Bush, cutting his presidency short to one term and handing the Oval Office to Bill Clinton, a Democrat. 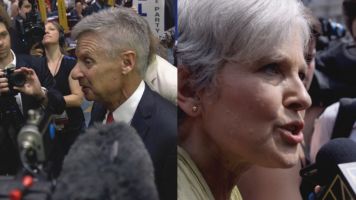 The Case For (And Against) Voting Third Party

At other times, a come-from-behind candidacy has worked. The Washington Post recalls that "the last time a third party won the U.S. presidency [was ]in 1860, putting Abraham Lincoln in the seat. The insurgent Republican Party replaced its predecessor, the Whig Party, after the Whigs unraveled over slavery during the 1850s."

And PBS writes that outsiders have also led to important social and legal changes. "In the late 1800s and early 1900s, the Socialists popularized the women’s suffrage movement. They advocated for child labor laws in 1904 and, along with the Populist Party, introduced the notion of a 40-hour work week, which led to the Fair Labor Standards Act of 1938."

At this point, Republicans and Democrats have a stranglehold on the White House, Congress, infrastructure, money and fundraising. But some third parties are hoping to revive the centuries-old American tradition of staking new ground and moving the political world with them.