The Tech Deals To Look For And Avoid On Black Friday 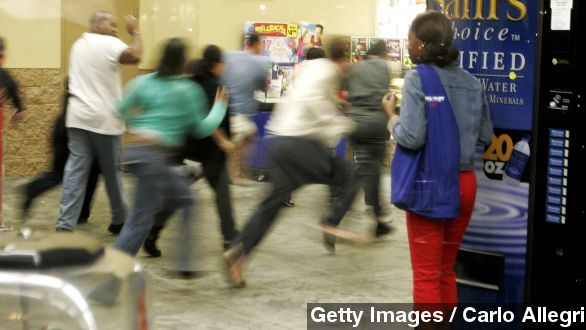 SMS
The Tech Deals To Look For And Avoid On Black Friday
By Evan Thomas
By Evan Thomas
November 28, 2014
Retailers are offering savings on game consoles, tablets and streaming boxes — which can all be tracked down online, no Black Friday lines required.
SHOW TRANSCRIPT

No need to risk bodily injury this Black Friday — lots of this season’s tech deals can be had online.

This looks to be a good time to pick up a new gaming console. Sony’s PlayStation 4 is going for $399 — the same price it usually does — but for Black Friday Sony is throwing in a couple of games for free.

Microsoft’s Xbox is $70 off list price for the shopping holiday, at $329 — and it, too will pack in two games: the latest Assassin’s Creed titles, specifically.

If tablets are more your thing, Amazon’s are priced to move. Its Fire tablet starts at $79; Kindle e-readers are as low as $49. (Video via CNET)

‘Tis also the season for streaming devices, so you can watch all your favorite online video news services on the big screen of your TV.

“To stream to your television, go look at a Roku 3. It’s a box that costs you under $100, hooks up to your home Internet and pulls in all the big names like Amazon, Netflix, Hulu and the others,” CNET’s Brian Cooley told CBS.

If you’re looking for a low barrier to entry, Google’s Chromecast streaming stick is down to $25 at some retailers. Roku and Amazon both offer their own stick-style streamers, too.

But if you need a TV to plug it into, this isn’t the time to go looking for one — despite what the ads would have you believe.

“All of those TV deals that are all over the ads and a lot of the hot doorbusters; if you’re looking for a high-end set or one with a big brand name, a lot of times they’re going to seem even cheaper heading up to the Super Bowl,” says CNBC’s Kelli Grant.

Or you could just sleep off all that turkey. The New York Times points to market data that says prices are typically lower in brick-and-mortar stores the few days after Black Friday.