The Surgeon General Wants Everybody To Take A Lap 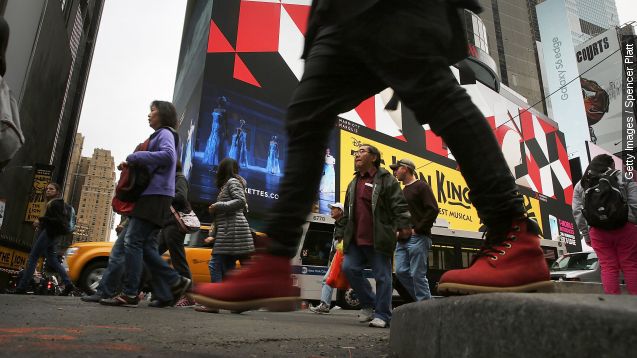 SMS
The Surgeon General Wants Everybody To Take A Lap
By Katie Link
By Katie Link
September 10, 2015
The surgeon general laid out a new plan Wednesday to encourage people to get active by walking more often. This actually seems doable.
SHOW TRANSCRIPT

America can slow down the obesity problem with one easy activity, according to Surgeon General Vivek Murthy.

He says it's as simple as taking a lap.

Murthy wants Americans to make walking a part of daily life, and it's not hard to see why.

"These days, only half of American adults get enough physical activity to reduce their risk of heart disease and diabetes," the Step it Up campaign's video says.

According to the Centers for Disease Control and Prevention, about half of American adults suffer from a chronic disease, like hypertension or diabetes, and more than one-third of Americans are obese.

Murthy told The Washington Post, "We've really lost touch with physical activity. It has slowly vanished from the workplace. More and more kids in school don't have time to exercise."

"Walking is the best exercise we know. Walking helps us to maintain health, it helps as a preventative for certain illnesses and diseases," Dr. Dougal Mackinnon said. (Video via Every Body Walk! Campaign)

That's because a lot of people simply don't feel safe walking due to crime, roads that aren't safe for pedestrians or poorly maintained sidewalks.

Anna Ricklin of the American Planning Association told USA Today: "How your community is planned really has a lot to do with how healthy you are. You can't blame a child for not walking to school if there is not a safe way to walk to school."

The Step It Up campaign will let the federal government partner with nonprofits, schools and the private sector to create safe spaces for people to walk. (Video via U.S. Department of Health and Human Services)

Whether any of these campaigns actually work is hard to say. The CDC's most recent obesity numbers are from a study that showed while obesity rates in America are high, they were stable from 2003-2010.

We'll see if America is ready to give walking another go.