The Supreme Court Will Tackle 2 More Heated Issues This Term 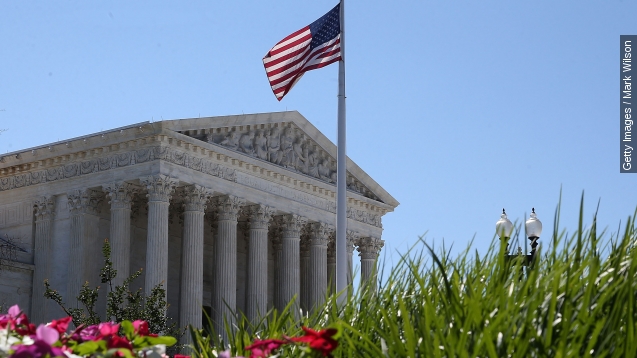 The Supreme Court will be back in session Monday and after a recent term of controversial cases, there are at least two more divisive issues ahead for the justices: abortion clinics and affirmative action in higher education. (Video via CNN)

In June, justices issued a stay that allowed abortion clinics to stay open while lawyers ask for a full hearing on a controversial Texas abortion law. In 2013, the state passed a law that required doctors who perform abortions to have privileges at a nearby hospital and set stricter standards for abortion clinics. The law would have closed 10 of Texas' 19 abortion clinics. (Video via KXAN)

Supporters of the law say it was designed to protect women's health, but opponents say it would close too many clinics and make it hard for women to get an abortion. According to NPR, 24 states have regulations similar to the one in Texas. (Video via CNN)

The high court is also expected to take another crack at an affirmative action case they sent back to an appeals court two years ago. In 2008, college student Abigail Fisher sued the University of Texas saying she was discriminated against because she was white. The school does use race as a factor in admissions.

"The University of Texas has a very holistic process to try and achieve diversity in its classes. They use race and ethnicity as a factor of a factor of a factor in admitting a small portion of the student body," Elizabeth Wyrdra of the Constitutional Accountability Center told Fox News.

This one can could a tough fight as Justice Kagan has recused herself from the case, causing Justice Kennedy to be that all important swing vote or risk a 4-4 decision. According to the Washington Post, Kennedy has never voted for affirmative action but "also has refused to join conservative colleagues in saying race can never be considered."

In any year, both of these cases would inspire political scrutiny, but with a presidential election underway, you can probably expect even more voices speaking up than usual.