The 'Streaming Wars' Are Heating Up At San Diego Comic-Con 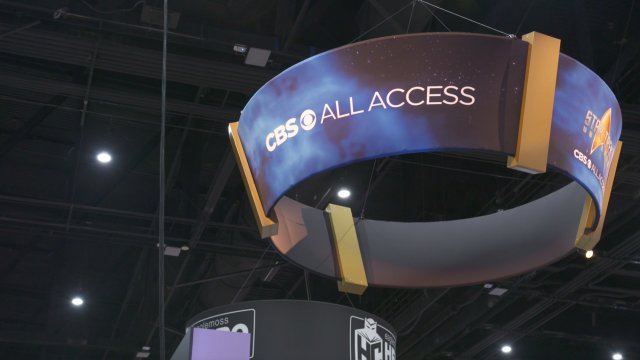 SMS
The 'Streaming Wars' Are Heating Up At San Diego Comic-Con
By Casey Mendoza
By Casey Mendoza
July 19, 2019
Netflix's quarterly earnings report was pretty lackluster, and other entertainment companies are racing to take its place in the streaming industry.
SHOW TRANSCRIPT

We're here at the 50th annual San Diego Comic-Con, one of the largest pop culture conventions in the world. This week, entertainment fans will have their eyes glued to what's happening on the convention floors. But outside of the convention, Netflix revealed some news of its own.

Netflix CEO Reed Hastings: "There's a real battle for who will pay for content around the world. But it's not a zero-sum competition. … The advantage of having something catchy like the 'streaming wars' is it draws more attention. And because of that, people, consumers, shift more quickly from linear TV to the streaming TV."

That's Netflix CEO Reed Hastings speaking to investors about the company's quarterly earnings report. Those "streaming wars" he's talking about have to do with the upcoming debuts of Disney+, HBO Max, Apple TV+ and NBC Universal's currently untitled platform, as well as current competition from Amazon Prime Video or CBS All Access.

In San Diego, that streaming competition is on full display. Amazon Prime Video most notably rented out 60,000 square feet outside the convention center to promote its original series "The Boys," "The Expanse" and "Carnival Row." With these promotions in mind, it's clear the platform is banking on those shows to build a base of paid subscribers. That's a strategy Netflix is familiar with.

Netflix Chief Content Officer Ted Sarandos: "So we've seen the entire output from Fox. We've seen the entire Nickelodeon Kids output come and go on this site. And we grow through that by, we believe, by making these early investments in original programming and getting our consumers and our members much more attuned to the expectation that we're going to create their next favorite show. Not that we're going to be the place where you can get anything every time."

As the streaming wars heat up, original content and audience members are going to be the main indicators of success. We'll be on the ground floor as more original properties are announced and hyped.