The Strange Redemption Of 'Fast And Furious' 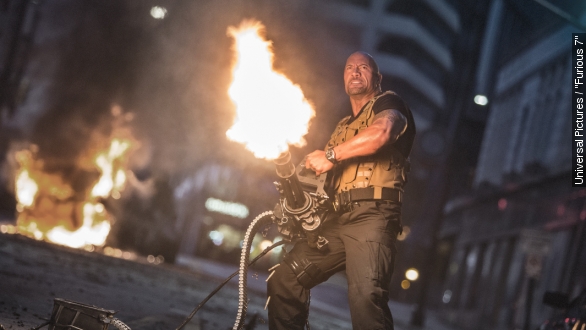 SMS
The Strange Redemption Of 'Fast And Furious'
By Steven Sparkman
By Steven Sparkman
April 3, 2015
The "Fast and Furious" franchise has gone from mediocre to terrible to downright wonderful in the eyes of critics, who now can't stop praising it.
SHOW TRANSCRIPT

"Furious 7" is upon us. The latest installment in the "Fast and Furious" franchise hits theaters this weekend, and — look at that, they're dropping cars from planes and showing full highway action scenes in the trailer.

This film is definitely in a different ballpark from the comparatively modest street racing crime flick of 2001.

How can we measure just how much this franchise has exploded? Maybe budgets?

Universal Pictures has spent around $800 million on these films, and the budgets just keep ballooning. The next film in the series — and there almost certainly will be a next film — will easily put the total franchise price tag over a billion dollars.

How about cars destroyed? We couldn't find numbers for all seven films, but the estimates we did find add up to some serious carnage.

No, you know what? The best way to gauge this franchise is in the number of converts. Starting with "Fast Five," movie critics began forgiving the series for being little more than mindless action scenes.

And — this is the really odd one — outright evangelism about "Fast and Furious." Headline by headline, review by review, movie critics seem determined to convince you that you should love this franchise despite its faults — just like they do.

But it's not exactly clear who they're talking to. The global box office numbers for the franchise have absolutely exploded over the last two films. There doesn't seem to be much need to win converts.

Maybe it's just the Rock effect.