The 'Steele Dossier' Is Controversial — But Is It True? 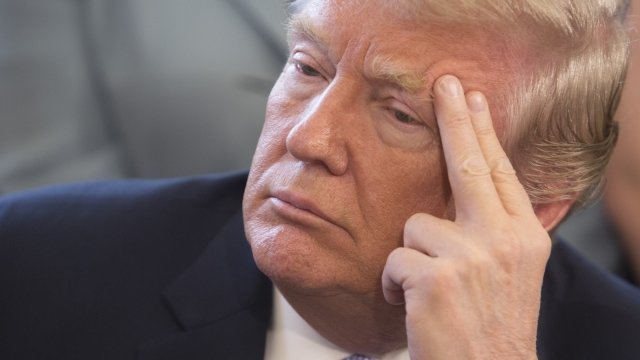 The Trump dossier is about much more than a pee tape.

That was one kernel in a giant bushel of accusations uncovered by investigator Christopher Steele through months of work and intel contacts. The 35-page document exploded onto the scene Jan. 10, 2017, when BuzzFeed published it in all of its raw, unvetted infamy.

That was just 10 days before Donald Trump's inauguration. BuzzFeed made its move right after CNN reported that the directors of national intelligence, the FBI, CIA and NSA were all aware of the findings and figuring out how to share them with the incoming president. In the end, James Comey did the honors.

As far as financing was involved, the DNC's lawyer hired political research firm Fusion GPS to produce the dossier, which enlisted the services of former British intelligence officer Christopher Steele to do the legwork at his firm, Orbis.

According to The New Yorker, Steele's employees then worked with "collectors," who are well-connected to people across continents, industries and agencies. They then retrieved information from their own well-placed sources. 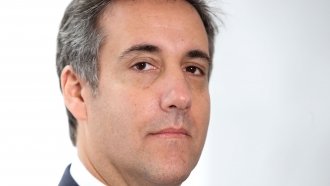 "These sources occasionally receive favors — such as help in getting their children into Western schools — but money doesn't change hands, because it could risk violating laws against, say, bribing government officials or insider trading. Paying sources might also encourage them to embellish," The New Yorker reported.

Now the findings. First, the "golden shower." Certainly the most salacious — and questionable — allegation.

Trump, according to this story, was staying at the Moscow Ritz-Carlton and asked prostitutes to "perform a 'golden shower' (urination) show" on the bed where President Barack Obama and first lady Michelle Obama had slept. The possibility of a videotape was raised, but nothing ever turned up there. Even Steele says the veracity of this part is iffy.

Here's a rundown of some less sensational dossier elements, and where they stand today:

Russia cultivated Trump as a political candidate for at least five years: unverified. It's clear that Russians with Kremlin connections tried for years to deepen business and cultural ties, even making numerous attempts to connect with Trump officials during the campaign. As for directly pushing the businessman to become a candidate, that's not been proven.

The Kremlin targeted educated youth and swing-state voters during its cyberattacks: verified. This has been proven by congressional investigations into Russia's misinformation campaigns.

Trump campaign adviser Carter Page met with representatives of Russian state-owned oil giant Rosneft: verified. The House intelligence committee released a transcript of Page's testimony revealing he did meet with Rosneft officials during a trip to Moscow in 2016.

The Kremlin allegedly offered lucrative real estate deals to Trump to help win him over: unclear. The Trump Organization signed a letter of intent in 2015 to build Trump Tower Moscow, but the project was scuttled in January 2016. But when it comes to money, Eric Trump reportedly told a journalist in 2014 (and later denied): "We don't rely on American banks. We have all the funding we need out of Russia."

Also, Trump's lawyer worked as an intermediary between Trump and Russia: unverified. A trip by Trump attorney Michael Cohen to Prague in August 2016 to meet with Kremlin associates has not been substantiated. Cohen's repeatedly denied the claims and provided reporters with photos of his passport to show he had never traveled Prague.

Trump's team knew about Russian plans to deliver DNC emails to WikiLeaks and "agreed to sideline Russian intervention in Ukraine as a campaign issue": unverified. We know for sure Trump's good friend Roger Stone knew about WikiLeaks. It remains to be seen whether then-candidate Trump was in the loop.

So that's where some of the biggies stand today.