The Steam Controller Is Close Enough To Touch 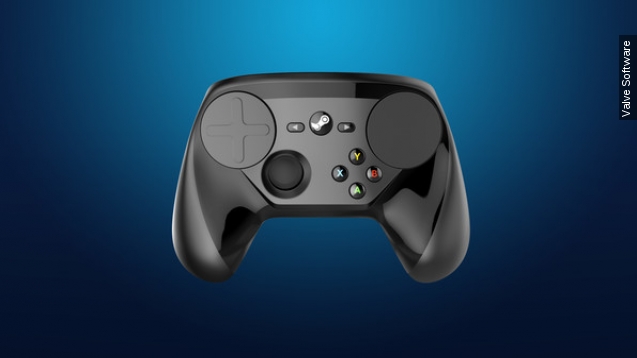 Gamepads are as old as console gaming, and in recent hardware generations they're starting to approach what looks like a gold standard. The four-button layout, analog sticks, triggers: They just work.

Valve is ready to shake that up, though, with the release of its Steam Controller.

There's also another set of buttons built into the grips, it's balanced differently than the rest of the gamepad crowd, and you can configure its software to do exactly what you want it to in-game. (Video via Valve Software)

We've seen prototypes in action as far back as two years ago, but now Valve is actually getting ready to offer it for sale.

So how does it work? Ars Technica ran it through some popular game types.

"For shooting from the couch, it’s going to be hard to go back to a dual analog stick at this point." (Video via Daybreak Game Company)

For casual mouse-controlled games, like "Civilization"? Great. As a fightstick replacement: not great. For dual-analog games, where the camera is generally linked to the right stick: "exceedingly awkward." (Video via 2K Games, Capcom, Square Enix)

The testers at PC Gamer are less sold on the Steam Controller's usefulness for shooters, where they found the trackpads "labored and inaccurate" for precision aiming.

And one at PCWorld is just happy to see titles previously locked to the mice and keyboards of PCs make it to the living room.

In other words, some good, some bad, some that will take some getting used to. Everyone mentions that last part: Because they're not quite mouse and not quite analog stick, there's a learning curve to those touchpads. (Video via Valve Software)

Some caveats, too. One, it's a gamepad. There's no getting around that.

It's generally accepted that for precision pointing, you can't do better than a mouse. Chances are, unless you were to give those analog pads a lot of room, they'll never replace a mouse entirely. (Video via Logitech)

But we can also assume that if you're on the couch and using a gamepad in the first place, you're ready to trade a degree of speed and accuracy for comfort. You casuals. (Video via Xbox)

Second: The controller is designed for use with a Steam machine or a normal computer running Steam's Big Picture mode, so you'll need a certain amount of other hardware to get the most out of it. (Videos via Gamespot, Valve Software)

Preorders are live now on the Steam store. The Steam Controller will ship Nov. 10.