The State Of Bail In The U.S. 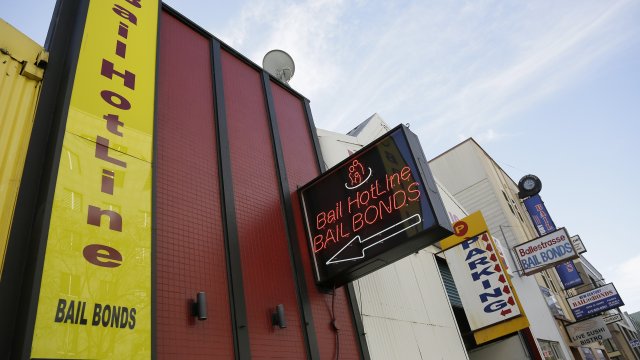 Some 630,000 people spent time locked up in local jails on any given day in 2020, according to the ACLU. The progressive civil rights group says most of them weren’t convicted of a crime. And many can’t leave because they can’t afford to.

Most judges around the country still rely on what's called a "cash bail" system.

That allows courts to set a bail price for defendants based on a set of factors. That’s why some critics have dubbed cash bail a “poverty tax.” The non-profit group The Marshall Project puts the median felony bail bond amount at $10,000.

This can create what experts call a “two-tiered system," where poor defendants are detained indefinitely and wealthy defendants can buy their freedom. Those stuck in jail could lose their jobs, their homes, or the custody of their children.

The left-leaning Prison Policy Institute says Black Americans make up 38% of the incarcerated population, even though they only make up 12% of U.S. residents.

So how did our bail system end up like this?