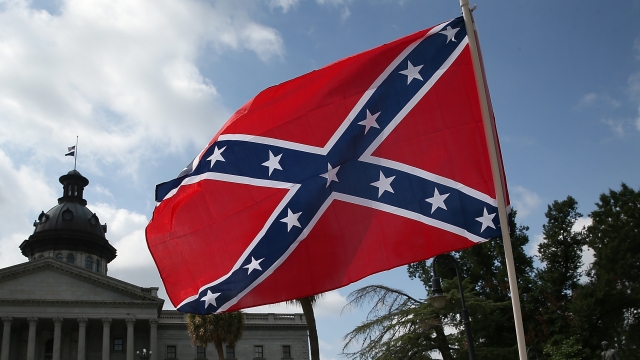 Another group just called for the removal of the Confederate battle flag, and this one could carry a lot more weight in the southern U.S.

The Southern Baptist Convention, by far the largest religious denomination in the South, voted to denounce the flag.

The flag's place in America has been a divisive topic, especially since since nine black churchgoers in South Carolina were killed in what authorities called a racially motivated attack.

The Convention's Ethics and Religious Liberty Commission acknowledged the flag is "perceived by many as a symbol of hatred, bigotry, and racism, offending millions of people."

The resolution calls on the denomination's estimated 15.8 million members to stop displaying the flag. But the racial issues the Confederate flag symbolizes have long been entrenched in the Southern Baptist ideology.

The denomination split from other baptists in 1845 over a disagreement about whether slaveholders could be missionaries. But the church has changed; more than a fifth of its congregations are not predominately white.

The commission's President Russell Moore wrote: "The Cross and the Confederate flag cannot co-exist without one setting the other on fire. … Let's pray for wisdom, work for justice, love our neighbors. And let's take down that flag."

The convention's resolutions aren't binding for its churches, but those in the denomination say most churches follow them.