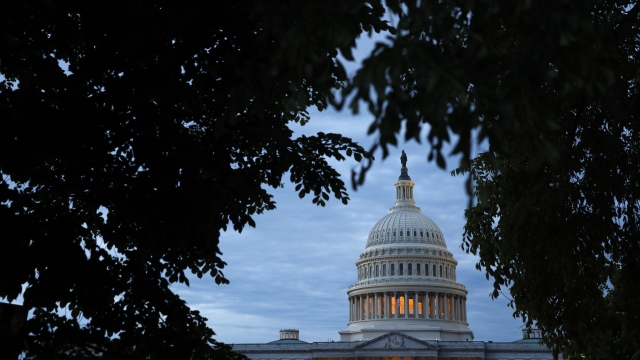 Senate Minority Leader Mitch McConnell has backed off his demands to protect the 60-vote rule, but the issue could come back up later.

With Democrats now holding the Senate majority, talk of eliminating the filibuster has ramped up. So what is a filibuster and why is the issue coming up now?

"A filibuster is really extended debate, extended amending activity, whatever it takes to block the majority from going to a vote on whatever it is they're pursuing," said Sarah Binder, a senior fellow for governance studies at the Brookings Institution and a professor of political science at George Washington University.

Eliminating the filibuster would make it much easier for Democrats to pass President Joe Biden's biggest policy proposals. That's because current Senate rules require 60 votes to invoke what's known as "cloture" — a procedural step that puts a limit on debate for whatever the chamber is considering.

"Any time the majority can't get 60 votes to cut off debate, we, in essence, we call that a filibuster or a threat to filibuster," said Binder.

The Senate can also move forward with legislation, resolutions or nominations by unanimous consent. As long as none of the members speaks up to object, the issue can come to the floor without needing to invoke cloture.

The Democrats eliminated the filibuster for lower court judicial nominees in 2013. Then Republicans made the same move for Supreme Court nominees in 2017.

If the Democrats choose to eliminate the filibuster, experts told me it's unclear exactly how that would impact day-to-day business in the Senate.

"People disagree about what the immediate consequences will be. But right off the bat, conceptually, it means the majority party no longer needs to moderate their proposals to attract votes from the minority party because they will no longer need to seek 60," said Binder.

"Certainly one downside is that legislation can go through that is not well written. We've seen that before, when bills, big bills, particularly, get rammed through, you know. They end up having to pass another bill to correct portions of it," said Kevin Kosar, a resident scholar at the American Enterprise Institute.

Eliminating the filibuster may sound like an extreme move because we’re used to that rule being in place. But it wasn’t always that way.

"There's nothing natural and constitutional about the filibuster. The framers didn't anticipate the filibuster, so it was created by senators pursuing their policy and political interest," said Binder.

For now, it seems like the filibuster is safe, which is something that has at least some support from both sides of the aisle.

"Each member of the Senate, whether they're Democrat or Republican, sees some advantage in maintaining the access to the filibuster, because it allows you as an individual to just gum up the works and to hold things hostage and to ask for something in return," said Kosar.