The Secret To Staying Young May Be Having More Children 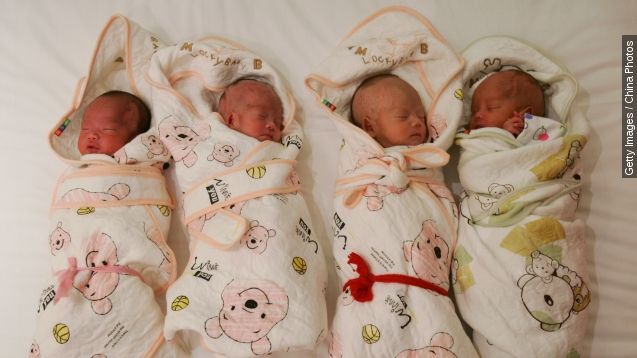 SMS
The Secret To Staying Young May Be Having More Children
By Ryan Biek
By Ryan Biek
January 11, 2016
Researchers found a correlation between women giving birth to more children and longer caps of DNA strands –– an indicator of slowed aging.
SHOW TRANSCRIPT

Forget the fountain of youth. The secret for women who want to fight aging might actually be having more children.

In this case, "aging" isn't limited to appearance. A study from Simon Fraser University in Canada made the find while looking at the health and longevity of women's cells as a whole.

In a 13-year study, researchers found a correlation between women giving birth to more surviving children and longer telomeres.

Telomeres are the ends, or caps, of DNA strands.

Like the end of a shoelace, if you lose it, the whole strand frays. As DNA strands replicate, more of the telomere is lost. (Video via Smithsonian)

But as the telomere vanishes, our chromosomes fray, and cells can no longer replicate to replace old or damaged ones. This is how we age.

The finding actually goes against the prevailing "life history theory," which argues childbirth strips biological resources and speeds up aging.

The researchers say one outside explanation for the findings could be that having more children led to more help from the community in child rearing, which freed up energy in the body to maintain cells.

You can read the study in full in the journal PLOS One.

This video includes images from Getty Images and NIH Image Gallery / CC BY 2.0.