The Scientific Way To Build The 'Perfect' Snowman 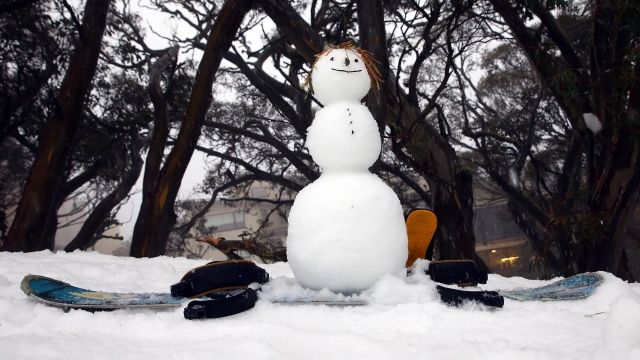 A mathematician created blueprints and a complex equation to help you build the perfect man of snow.

Is there a way to build a perfect snowman? A British mathematician says there is. And if you live in the right part of the country, you probably have enough snow to do it. (Video via NASA)

Of course, there are several variables. Height, number of sections to use for the body, freshness of the snow and accessories. Because every posh snowman needs gear. Duh.

According to that mathematician we mentioned, the perfect man of snow is born from a complex equation and must be 5.3 feet tall and have exactly three tiers — so a head, a midsection and the base. There are even specific measurements for each tier of snow.

"You make the head," said a character in the 1969 animated version of "Frost the Snowman." The head is the most difficult part."

As for those accessories, a carrot is the only acceptable nose — one that's specifically 1.6 inches long. Sorry, Olaf.

"Whoa! Head rush! It's so cute; it's like a little baby unicorn," Olaf said.

And since we're getting specific, the snowman must also wear three accessories: a hat, a scarf and gloves. Can't let your snowman get the chills. He must also have three buttons on his chest — all equal distance from one another.

There are also measurements for eye spacing and limbs. Oh, and only fresh snow will do. The outdoor temperature must also be at or below 32 degrees.