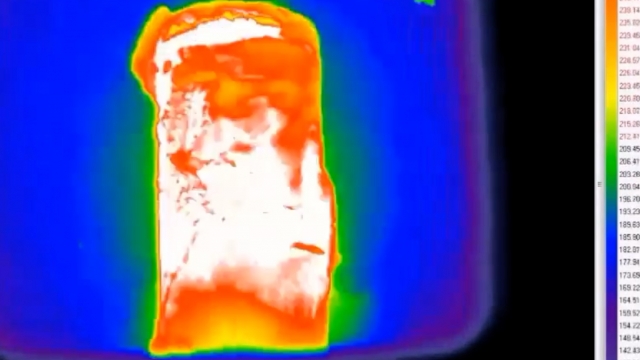 SMS
What's Happening When A Lithium-Ion Battery Explodes?
By Evan Thomas
By Evan Thomas
January 13, 2017
Yes, it boils down to "the battery is on fire," but there's more to it than that.
SHOW TRANSCRIPT

We really like our lithium-ion batteries. They run our cellphones, our laptops and sometimes even our cars. But sometimes, they run into a string of problems that cause them to melt and catch fire.

This is the reason you can't have a Samsung Galaxy Note 7 in your luggage right now. It's also why you have to have special contracts to ship those hoverboard things by air. Their faulty batteries can overheat and pose a fire risk. 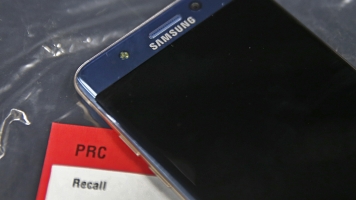 Samsung Wants To Shut Down Its Fire-Prone Phones; Verizon Won't Let It

A lithium-ion battery can start to break down if it gets too warm, if it's handled roughly or even if it's charged up too often. Gas can collect in the battery, which can make it swell. When the gas vents, the electrodes inside the battery can deform and short-circuit.

These short-circuits are what caused the battery fires on Boeing's Dreamliner planes in 2013. And Samsung says that's what caused its Note 7 batteries to overheat. Short-circuits can concentrate a lot of a battery's energy in one spot, increasing its temperature to more than 1,900 degrees Fahrenheit.

So what do we do to make these batteries safer? Lithium is nasty stuff when it catches fire. Firefighters soaked the burning Dreamliner batteries in chemical fire suppressant, and they still didn't go all the way out.

Solid-state batteries would eliminate flammable liquids — but first, we have to figure out how to charge them quickly enough to be useful. In the meantime, some chemical engineers call for designing power cells with better reinforcement so they don't collapse or melt as easily.

And some researchers are figuring out how to build a flame retardant right into the battery's frame. If the temperature of the battery climbs past 300 degrees Fahrenheit, the chemical is released, and it shuts down any fire in less than half a second.

Until then, you're stuck with your current batteries — but unless they're under recall, like the Note 7's are, you'll probably be okay. The overall failure rate for rechargeable batteries is low — as low as 1 in every 40 million cells.