The Runways Are Going Fur-Free At London Fashion Week 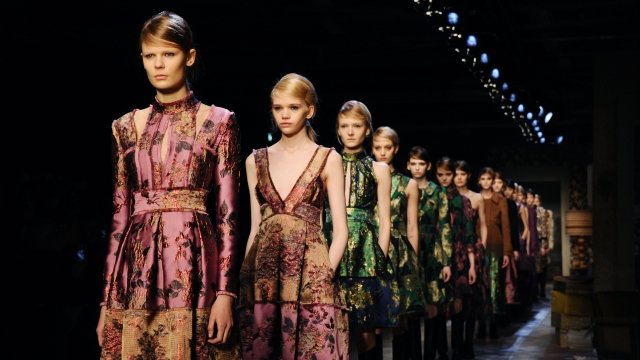 SMS
The Runways Are Going Fur-Free At London Fashion Week

By Katherine Biek
September 7, 2018
The British Fashion Council confirmed none of the designers presenting collections are using animal fur in their runway looks.
SHOW TRANSCRIPT

For the first time ever, London Fashion Week is going to be fur-free.

The British Fashion Council made the historic announcement Friday after confirming that none of the designers presenting collections later this month are using animal fur in their runway looks.

This is seen as a victory for animal rights activists who have targeted the event with protests in recent years. More than 250 protesters demonstrated outside of the runway tents last September.

Burberry most recently joined a growing list of fashion houses that have pledged to go fur-free, including Versace, Michael Kors and Stella McCartney.

It's important to note the Council isn't banning the use of real fur at London Fashion Week — and if a brand wants to use it in their collections shown next year, it doesn't sound like the Council is going to stop them.

This also doesn't mean that designers showcasing their looks during any of the other "Big Four" fashion weeks this month -- New York, Milan and Paris -- won't be using fur. London Fashion Week officially starts Sept. 14.