The Road To An LGBTQ Presence In Politics 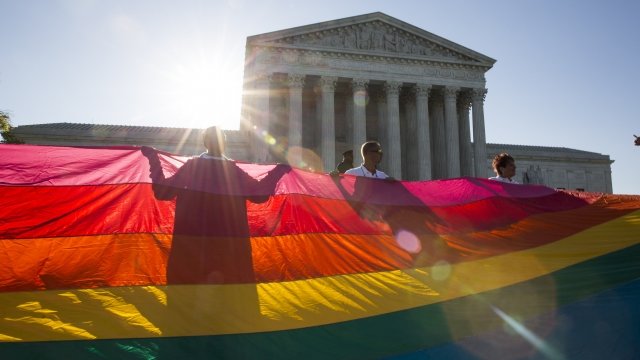 A WWI veteran named Henry Gerber returned from Germany to his hometown of Chicago. PBS reports that "in December, 1924, Gerber and his allies founded the Society for Human Rights, America's first-known gay rights organization."

After authorities caught wind of their newsletter, Friendship and Freedom, "the police raided Gerber's home, arresting him and confiscating all of his papers. Gerber and the other members of the Society were jailed for three days, though no charges were filed against them." The society went dark, and it took decades before their work was recognized.

While other publications and organizations sprouted up, strong societal and political winds flew in the face of LGBT progress. In 1952, the American Psychiatric Association issued its first diagnostic manual, or the DSM, where mental disorders are categorized. 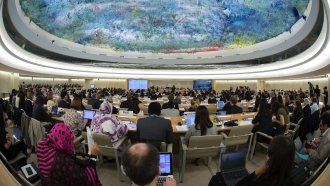 Here's Why The US Rejected The UN's Resolution On LGBTQ Rights

In 1978, Harvey Milk became San Francisco's first open gay city supervisor before being killed just 10 months later, immediately transforming into a national figure of inspiration for some and derision for others.

In 1980, Barney Frank won a congressional seat in Massachusetts, privately coming out to close colleagues and eventually publicly admitting he was gay in 1987 as the news was about to leak and the AIDS crisis worsened. He served for three decades. Over time, a handful of openly gay politicians followed, getting elected to the Congress, but it wasn't until 2012 that Tammy Baldwin, a Democrat from Wisconsin, became the U.S. Senate's first out member.

At the state level, we’ve seen bisexual (Kate Brown, governor of Oregon) and transgender (Danica Roem, state legislator in Virginia) candidates make some incremental gains, but they haven't cracked the congressional ceiling. And of course, the country hasn't yet seen an LGBT Supreme Court justice or even come close to electing a gay president of the United States.