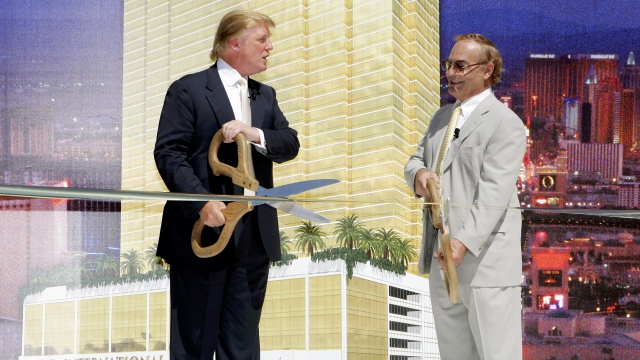 Quite a few businesspeople are scattered throughout the list of GOP convention speakers.

Put their net worths together — at least the ones that are known — and you get more than $22.5 billion.

The Republican National Convention kicks off next week, and a partial list of 60-plus speakers was released Thursday with a few familiar faces.

Those speakers and Donald Trump are all among the world's top 750 richest men.

SEE MORE: Tim Tebow Is The Latest Athlete To Pass On The Republican Convention

Three of Trump's children — Donald Jr., Eric and Ivanka — who are all business executives, will be speaking on their father's behalf.

Trump Winery General Manager Kerry Woolard is the only other businesswoman aside from Ivanka Trump expected to speak.

Andy Wist is one speaker who no one seems to know anything about. We're mentioning him here because he reportedly owned the Wist Development Corp. at one point and is now president of a New York waterproofing company.