The RNC's Hispanic Outreach Staff Is Having Trump Troubles 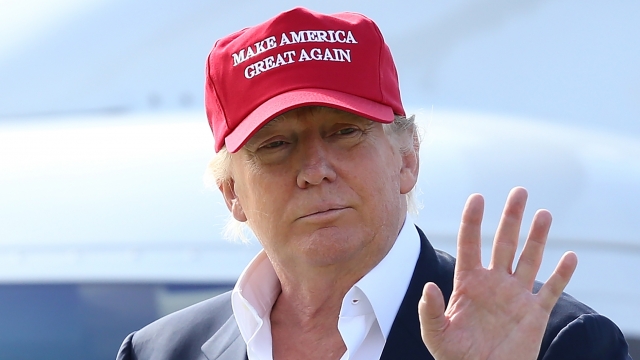 SMS
The RNC's Hispanic Outreach Staff Is Having Trump Troubles
By Eugene Daniels
By Eugene Daniels
June 2, 2016
Ruth Guerra's resignation speaks to a larger issue with Donald Trump being the standard-bearer for the GOP: He keeps offending important voting blocs.
SHOW TRANSCRIPT

Though most Republicans are coalescing around their nominee, some party officials are still having a hard time backing Donald Trump.

Ruth Guerra was one of those holdouts. The former Republican National Committee's director of Hispanic media was in charge of reaching out to Latino voters. But now she's left the RNC, and it seems like Donald Trump might have something to do with it.

According to The Washington Post, aides say defending Trump while he attacked Hispanics was "too much" for Guerra.

While a staff member leaving the RNC in the middle of an election is abnormal, it speaks to a larger issue with Donald Trump as the standard-bearer of the Republican Party: He just can't stop offending important voting blocs.

Most recently, the billionaire has dismissed the authority of the judge presiding over his Trump University lawsuit, saying: "I'm building a wall. It's an inherent conflict of interest." The judge's parents immigrated from Mexico.

And as the voting public becomes more and more diverse, it becomes nearly impossible to win a national election without minorities, especially Hispanics. And currently Trump's favorability rating with Hispanics is dismal. A Gallup poll found 77 percent of Hispanics have a negative view of Trump, with just 12 percent viewing him favorably.

Guerra has already been replaced at the RNC — interestingly, by a woman who has bashed Trump all over Twitter in the past. Those tweets have since been deleted.