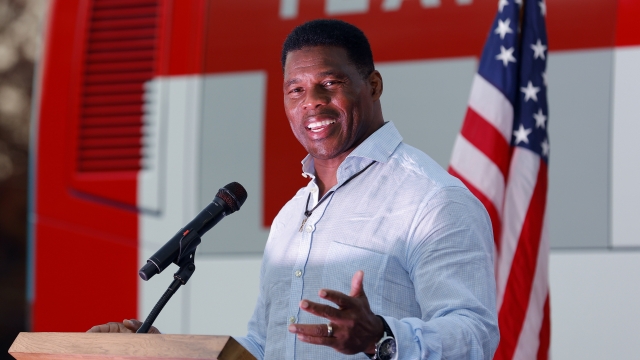 Nowhere in life have the trials and tribulations of winners and losers been more followed than in sports and politics, and often stars have left the playing field for city hall, Capitol Hill and even the White House.

Ford was in Congress for nearly 25 years before becoming vice president, but he was also a standout football player at the University of Michigan, where he was a team captain and the Wolverines' most valuable player in 1934.

2017: Why Do We Entertain The Idea Of Entertainers Running For Office?

One expert says celebrities pursue political office because we, the electorate, might have trust issues with the current system.

Jack Kemp bounced around the NFL and became a beloved star in upstate New York, playing for the Buffalo Bills. His football career helped propel his political career, where he was a U.S. representative from New York for nearly two decades before becoming Bob Dole's running mate on the 1996 Republican ticket.

The most accomplished MLB player-turned-politician may be pitcher Jim Bunning. He threw no-hitters in both leagues with the Phillies and Tigers before serving the state of Kentucky for three decades in both chambers of Congress.

Bunning was considered an agitator in his own party, and once said being booed in Congress didn't matter because he'd already been booed by 60,000 fans in Yankee Stadium.

Basketball players have also taken their shot on the court of public opinion.

Bradley was a liberal Democrat, who ran for president in 2000 but lost the nomination to Al Gore.

Former Phoenix Suns NBA star Kevin Johnson also played a key role in keeping the Kings in Sacramento, where he was mayor from 2008 to 2016.

Arnold Schwarzenegger went from bodybuilding and acting to being elected governor of California.

In present day politics, 71-year-old Burgess Owens is pursuing a second term in Congress after a 10-year career in the NFL where he won a Super Bowl with the Raiders.

Former Ohio State University wide receiver Anthony Gonzalez was a star for the Buckeyes and a first round draft pick for the Indianapolis Colts in the 2007 NFL draft. After five years in the league, Gonzalez took his experience on the football field into politics. He was one of 10 Republicans in the House who voted to impeach former President Donald Trump after the January 6 Capitol insurrection.

Gonzalez chose not to run for re-election, and at the age of 38, says if there's any political comeback in the future, it will be after his children are fully grown.

These are just some of the many athletes who have transitioned from athletics to politics, and one more who's pursuing the same path is former Heisman Trophy winner Herschel Walker — running as a Republican for the U.S. Senate in Georgia.