The Real-World Impacts Of Abortion Laws 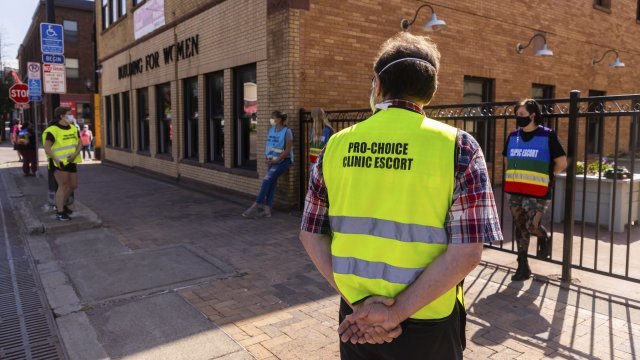 She delivered thousands of babies during her career, but one case stays with her: A 10-year old girl who had to have a C-section after a long, painful labor.

Hughes worries there could be more cases like that.

"They're being forced to carry a pregnancy that their body, mind, spirit are not ready to have," Hughes said.

Crissy Perham is a 1992 Olympic gold medalist. When she got pregnant, she was a student athlete who was engaged and on birth control. She decided to have an abortion, and wonders what would’ve happened if she didn’t have that option.

Since the Supreme Court overturned Roe v. Wade, some states have moved quickly to enact abortion restrictions. As a result, women are traveling across state lines to receive abortion services. The workload for Doctor Nancy Fang is increasing by the week in Colorado.

“I've testified about a patient of mine who broke her water very early in the pregnancy, a pregnancy that could not have continued on to a normal delivery," Fang said. "And this was not only devastating and heartbreaking to her and her family, but she risked her life needing to travel outside of her home state and institution to seek an abortion.”

On the other side of the issue is Lori Gray, an anti-abortion activist in Arizona. She had two abortions as a teenager. She says the second one left her unable to have children, and changed her views on the issue.

"I bled for three weeks. I never told anybody. It's just the grace of God I'm still alive," Gray said.

She wants women who are facing the same situation she did as a teenager to know there are other options.

Having choices are what’s important to Crissy Perham and Doctor Hughes.

“If I can get a little bit more empathy for the kind of decisions that go on for a woman between a woman and her provider," Perham said. "It’s a personal private choice that happens for a multitude of reasons."

"As a physician the goal is to save a life, and that is the woman in front of us who is breathing, has a heartbeat, has a choice. Has a life," Dr. Hughes said.