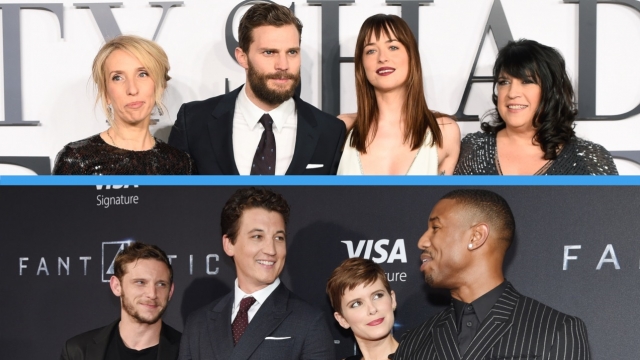 SMS
The Razzies Had A Hard Time Deciding Which Movie Was Year's Worst
By Ryan Biek
By Ryan Biek
February 28, 2016
"Fifty Shades of Grey" and "Fantastic Four" split the awards no movies want to split.
SHOW TRANSCRIPT

"Fifty Shades of Grey" and "Fantastic Four" cleaned house at the one awards ceremony you'd rather not be a part of.

The Golden Raspberry Awards, aka the Razzies, has become the popular judge of Hollywood's worst material.

"Fifty Shades" and "Fantastic Four" scored a rare tie for the dishonor of worst picture.

But we're not too sure having that many people see your Razzie-winning movie is a good thing. Maybe we should avoid making movies with numbers in the titles.