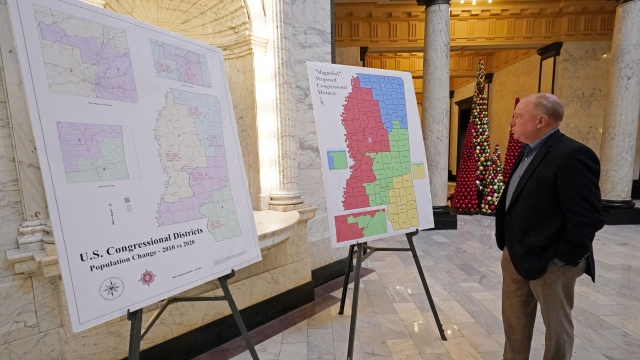 Officials across the country are racing to re-draw congressional maps as key deadlines loom ahead of the 2022 midterm elections.

Twenty-six states have finished their new maps. Six don't need to draw new lines because they only have one member in the House of Representatives.

Experts say so far, there hasn't been a drastic change in the number of districts that lean Republican or Democratic.

"When you kind of look and balance everything out, there's really a wash, there may be one or two seats right now that leaned towards Republicans that didn't exist before," said Doug Spencer, an Associate Professor of Law at the University of Colorado Boulder.

But they've noticed changes in how competitive some districts are.

"For example, in Nevada, they had a solidly blue seat around Las Vegas, that they actually kind of redistributed into some neighboring seats. So now they have a bunch of kind of light blue seats," said Nathaniel Rakich, a senior elections analyst with FiveThirtyEight.

Some states, like Texas and North Carolina, are in the midst of lawsuits about their new boundaries. Opponents argue the gerrymandering for the new districts goes too far. But with November inching closer, courts might be forced to allow the contested maps to be used anyway.

"They will allow the current maps to be used for 2022 recognizing they’re problematic, but because between changing something at the last minute and having a problematic map, courts have weighed in favor of letting the election go forward and then changing it in the future," said Spencer.

The key date for new boundaries to be set is the filing deadline for political candidates.

"There are people out there who want to challenge the incumbent, or they're incumbents who want to know where they're gonna run. And they're just waiting on pins and needles. And it's not fair to them to change the rules of the game of the very last second, either," said Spencer.

Filing deadlines vary and depend on when primaries are scheduled. But experts think the 18 pending states will get their maps done on time.