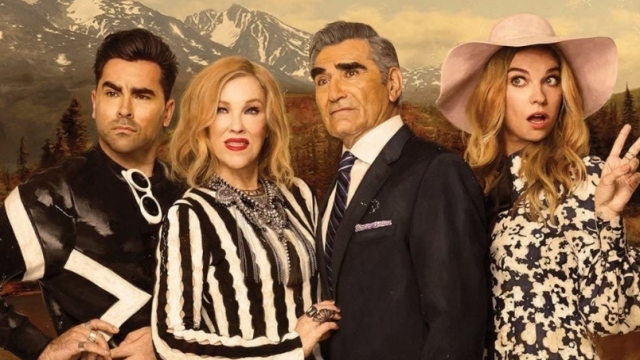 If your eyes were glued to a screen during election week, you're one of millions. News outlets all over the country saw major boosts in viewership. But when viewers weren't keeping up with the news, several were tuning into comforting favorites like "Schitt's Creek," "Parks and Recreation" and "The Office."

Jorge Barraza, Professor of Psychology at the University of Southern California: "There appears to be this kind of push and pull between wanting to alleviate stress sometimes and wanting to keep informed."

Jennifer Henry, the director of the Counseling Center at Maryville University: "We kind of tend to lean into certain TV shows for an escape from the stress of what's going on in the world."

Barraza: "Sitcoms in general tend to be my feel-good."

Let's start with the first category.

Henry: "Examples of that could be like 'The Great British Baking Show.' My close friend described that to me as watching a warm hug."

Uplifting, "feel-good" shows have seen huge rises in demand since the start of the pandemic. Other popular titles in the category include "Schitt's Creek" and "Parks and Recreation" — both sitcoms about friendship and community.

The second category, nostalgic favorites, are typically just as uplifting. But more importantly for viewers, they're familiar.

"The Office" is one of the best examples of a nostalgic favorite. Even though it ended in 2013, fans continue to tune in, and the sitcom was consistently one of Netflix's top titles in the U.S. during election week.

Henry: "There's a high level of comfort that comes from the certainty of knowing how it's going to end. It's a low emotional investment. You're not on the edge of your seat, because you know the outcome."

Barraza: "It's really about what brings familiarity and comfort for people, that that tends to be the critical components to alleviate stress."

That brings us to the last category: dystopian dramas — which can feel familiar, just not in a way that's uplifting.

Titles like "Contagion," a 2011 film about a pandemic, or "Black Mirror," which draws on the fears of technology, are popular because of their relevance. They're not comforting in the traditional sense, but experts say they can provide a different sort of "escape" or coping strategy for stress.

Henry: "Part of this, I believe, is kind of the idea that you're seeing someone else struggling if you're struggling, as well as the idea that 'well, it could be a lot worse,' you know, and so that can be a comfort as well."