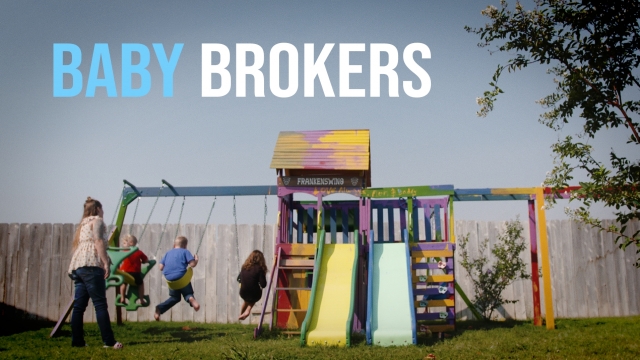 Demand outpaces supply in the private adoption world. As a result, middlemen can make huge profits, often with little oversight.

This story was reported and published in partnership with TIME.

Movies may portray the typical adoption as a childless couple saving an unwanted baby from a crowded orphanage. But the reality is that, at any given time, an estimated 1 million U.S. families are looking to adopt, many of them seeking infants. That figure dramatically outpaces the number of available babies in the country. Some hopeful parents turn to international adoption, though in recent years other countries have curtailed the number of children they send abroad. There’s also the option to adopt from the U.S. foster-care system, but it’s an often slow-moving endeavor with a limited number of available infants. For those with means, there’s private domestic adoption.

A web of consultants, facilitators and other middlemen have made private adoption a lucrative business. But the profit motives can leave mothers feeling coerced, and, nationwide, a lack of regulation creates opportunities for exploitation.

Problems with private domestic adoption appear to be widespread. Interviews with dozens of current and former adoption professionals, birth parents, adoptive parents and reform advocates, as well as a review of hundreds of pages of documents, reveal issues ranging from commission schemes and illegal gag clauses to Craigslistesque ads for babies and lower rates for parents willing to adopt babies of any race. No one centrally tracks private adoptions in the U.S., but best estimates, from the Donaldson Adoption Institute (2006) and the National Council for Adoption (2014), respectively, peg the number of annual nonrelative infant adoptions at roughly 13,000 to 18,000. Public agencies are involved in approximately 1,000 of those, suggesting that the vast majority of domestic infant adoptions involve the private sector and the market forces that drive it.

Many advocates say they would like to see reforms to private adoption in the U.S. But calls for systematic change have remained largely unheeded, and agreeing on exactly what should be done can be difficult.

Some believe the problem could be addressed with greater federal-level oversight—pointing to the foster-care system, which a division of the U.S. Department of Health and Human Services helps administer, as an example (albeit an imperfect one). But Liversidge notes that family law has traditionally been a state issue and says that is where fixes should, and will likely need to, occur. She wants to see improvements such as an expansion of mandatory independent legal representation for birth parents, better tracking of adoption data and the reining in of excessive fees.

What few changes have been made in adoption law are generally aimed at making the process easier for adoptive parents, who experts say tend to have more political and financial clout than birth parents. At the core of the inertia is lack of awareness.

Many proponents of change would, at the very least, like to see private adoption move more toward a nonprofit model. “It’s a baby-brokering business. That’s really what it’s turned into,” says Kim Anderson, chief program officer at the Nebraska Children’s Home Society, a nonprofit that does private adoptions only in Nebraska (with a sliding fee based on income) and which rarely allows adoptive parents to pay expenses for expectant parents.

Whatever shape reform ends up taking,or mechanism it occurs through, advocates say it will require a fundamental shift and decommodification of how the country approaches private adoption.

Hailey Gavin is a video editor on the Newsy Documentaries team, building creative stories and segments for the nightly streaming show "In The Loop" and other Newsy original shows and series. Prior to joining Newsy, Hailey produced and edited video explainers, essays and stories about news and culture for Business Insider and Insider. Her work has also been published by Slate Magazine and the Orlando Sentinel. When not working on an edit, Hailey enjoys writing, playing soccer, watching good movies and adding hot sauce to every meal.