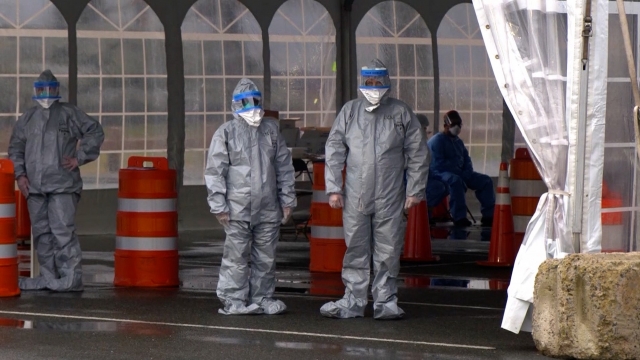 SMS
Advocates Want The President To Stop Using The Term 'Chinese Virus'
By Cat Sandoval
By Cat Sandoval
March 20, 2020
President Trump is calling it the "Chinese virus," but advocates say terms like this promote racist and xenophobic sentiments.
SHOW TRANSCRIPT

Is it time to retire the phrases "Chinese virus," "Wuhan virus" and "Chinese coronavirus"? Several Asian American leaders say yes. Using these words, they say, can amplify xenophobia and racism. The Asian American Journalists Association, or AAJA, recently issued guidance against the use of geographic locations or a population to describe the coronavirus.

Naomi Tacuyan Underwood, AAJA executive director: "Is the use of 'China coronavirus,' helpful to the situation? AAJA feels that it only exacerbates the increasing racism and violence against Asian Americans. So to the extent that anybody, any leader or newsroom leader can refrain from using that, AAJA would strongly encourage them to do so."

AAJA's guidance echoes best practices issued by the World Health Organization in 2015 which encourage the use of scientific names that don't stigmatize communities. Recently, President Trump was asked why he continually uses the phrase "Chinese  Virus" in press conferences and tweets — he's used it at least six times. 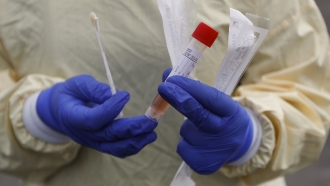 President Trump: "It's not racist at all. It comes from China. I want to be accurate." 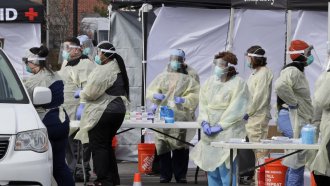 Chakraborty: "What it's doing instead is making it inaccurately a China issue or a China problem. And that is a disservice to the reality of the fact that these viruses coexist with us globally and can emerge from random hotspots. And we need to check our collective human behavior to prevent these viruses from ever transmitting to us humans in the first place."

Scientists are clear: The coronavirus does not discriminate, yet it has caused a rise of anti-Asian sentiment, discrimination and hate crimes. Media company NextShark covers the Asian American community.

Khier Casino, deputy editor of NextShark: "In the past, we've maybe only gotten maybe two to three messages about crimes happening against Asians, but most recently because of the virus, that's increased to maybe getting dozens a day, not only through email but through social media as well."

Casino and his small team have gotten so many tips they opened a Facebook page called "Crimes Against Asians." It's a safe space for victims to post about their experiences. They have almost 6,000 members. Although Chinese Americans are targeted, Casino says the majority of victims are mostly older Asians and international students on both coasts, Asian but not specifically Chinese.

Chicago hate crime victim advocate Norman White says hate crimes often go unreported because people don't know what they are. It's a bias crime that doesn't necessarily have to be violent; it can include someone saying a slur and spitting on you.

There have been petitions and social media trends to raise awareness and combat discrimination. As the country continues to battle the pandemic, Rep. Meng is worried. It's more than tackling the spread of the virus, but also the spread of hate.

Meng: "What we don't want to see is that this virus and this sickness of discrimination and racism outlast even the coronavirus. And that's my biggest fear: that we could be impacting a generation of Asian American young people who will have to deal with these consequences."