'Stage Jitters' Could Have Developed During Humanity's Primitive Days 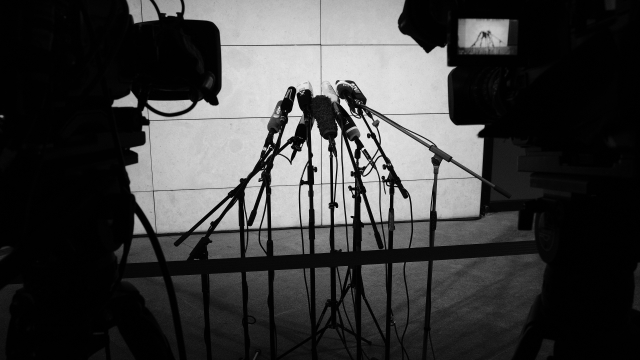 The higher the stakes, the higher the anxiety in basically any situation. Wedding day. State championship. Giving a TED Talk. It's hard not to worry about whether a make-or-break moment will, well, make or break us.  The element of performance is central. For instance, fear of public speaking is common. Twenty-five percent of us have it. Why is this? Part of the answer can be found in anthropology.

According to the book "Confessions of a Public Speaker," thousands of years of experience programmed our brains to avoid the following situation: Standing alone in the open with no place to hide and no weapon while facing a crowd of creatures staring at you. Our ancestors learned the hard way that survival depends on just the right conditions. And that primitive state of mind is still with us. In the sports world, with millions of people watching and millions of dollars on the line, sports psychologists help athletes turn anxiety into execution. Same for the business world, where coaches help occupants of the C-suite optimize performance, while the eyes of Wall Street watch for any signs of trouble. A few highlights (from the gurus) to conquer performance anxiety: Accept being nervous. Being totally devoid of jitters is not realistic. Plan to perform with the nerves.

Try being superstitious. Researchers found that people who have a lucky charm show improved performance in golfing, motor dexterity and memory. You might not be able to control every aspect of a performance — or how the audience reacts — but the lucky charm can lend a sense of control.

Know the beginning and the end. If you memorize anything, memorize the opening and the wrap. The takeoff and landing are often the most memorable parts.

Exercise before a performance. This gets endorphins pumping, which can make you calm. George H.W. Bush worked out right before his 1988 convention speech, and it's considered one of his best.

Oh, there's one other tip that's common: Breathe. Deeply. And finally, remember what Mark Twain said: "There are two types of speakers: Those who get nervous and those who are liars."