"The Predator" Kicks Off Fall Movie Season With Lackluster Debut 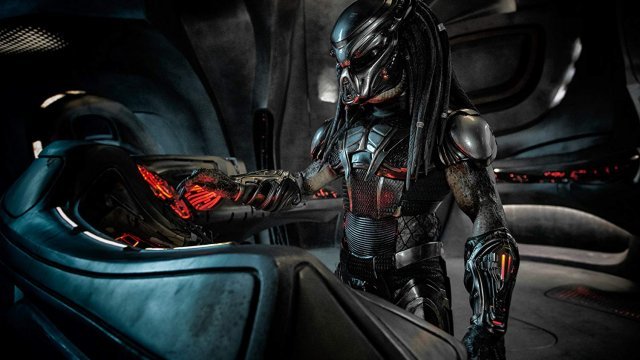 By Jamal Andress
September 16, 2018
With three new movies at the box office this weekend, fall movie season is upon us — and moviegoers aren't even pretending to be excited.
SHOW TRANSCRIPT

Taking the No. 1 spot this week in disappointing fashion is "The Predator" bringing in an estimated $24 million in its first week out. That's well below analysts predictions for this weekend and not quite the best debut in the franchise.

The crossover film, "Alien vs. Predator" is far and away the most successful film financially in the Predators franchise but even if you don't count that film, 2010's "Predators" movie still has this latest film beat at the box office.

And while this latest Predators film did not have the best debut of the franchise it was the most expensive to make. "The Predator" cost the folks at Fox $88 million to produce, which makes the small debut all the more disappointing.

Falling to the No. 2 spot this week is "The Nun" bringing in an estimated $18 million in its sophomore weekend. After just two weekends in theaters, "The Nun" has pushed past $228 million in worldwide ticket sales — mostly due to a fantastic showing at the foreign box office.

And finally in third place, Anna Kendrick and Blake Lively's "A Simple Favor" bringing in a solid $16 million in its domestic debut. A $16 million debut is no big deal for Mrs. Pitch Perfect but for Blake Lively this is the second biggest debut of her career as a lead actress.

Lively starred in "The Shallows" in 2016, which debuted just barely ahead of "A Simple Favor" bringing in $16.8 million in its opening weekend.

Along with a solid debut, "A Simple Favor" has fantastic reviews from critics pulling together an 82% on the tomatometer. As for next week, Jack Black takes us to his Hogwarts.