The Pope Says We Should Avoid Striving For Perfect Bodies 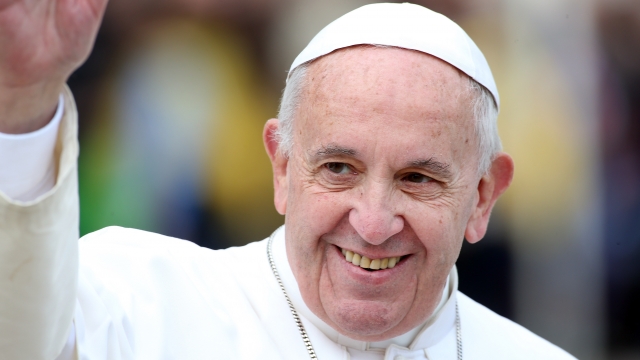 Pope Francis took a stand against physical perfectionism over the weekend.

The pontiff said in a homily on Sunday, "In an age when care for one's body has become an obsession and a big business, anything imperfect has to be hidden away, since it threatens the happiness and serenity of the privileged few."

Pope Francis made the comment during the holy Mass celebration of the Jubilee for the Sick and Disabled. He added that the pursuit of the perfect body leads to people shunning those with disabilities. He said those who do so don't understand the true meaning of life.

He explained, "The world does not become better because only apparently 'perfect' people live there — I say 'perfect' rather than 'false' — but when human solidarity, mutual acceptance and respect increase."

According to the pope, happiness doesn't come from being perfect. Rather, it comes from love.

He added: "The way we experience illness and disability is an index of the love we are ready to offer.  The way we face suffering and limitation is the measure of our freedom to give meaning to life's experiences."

Pope Francis has long been an advocate for better treatment and respect of people with disabilities. In 2013, he embraced a man with a disease that has disfigured his body, garnering worldwide attention. And last year while visiting the United States, the pontiff got out of his car to bless a boy with disabilities.

This video includes clips from the Vatican and CNN, and images from Instagram / Franciscus and Getty Images. Music provided courtesy of APM Music.