The Pope Is Coming To America, And It's Really Expensive 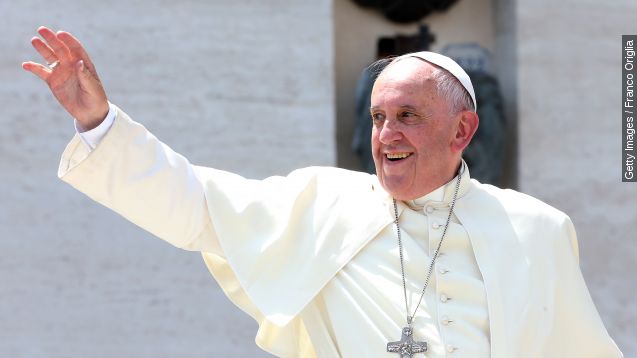 Pope Francis' visit to the U.S. will be expensive. He will likely help local economies, but security costs and shipping delays are also anticipated.

A visit by a major religious leader means major costs for the host cities and for the businesses that operate in them.

Pope Francis' visit to the U.S. begins in Washington, D.C., moves to New York City and wraps up in Philadelphia.

His East Coast tour is expected to bring in major cash for local economies. Philadelphia officials predict it could be as much as $418 million for that region. But there will be a lot of costs, too.

According to The Wall Street Journal, UPS, FedEx and USPS have warned customers to expect delivery delays on the East Coast.

Businesses like CVS Health, Coca-Cola Co. and Comcast Corp. are also re-evaluating how to reach customers and deliver products while the pope is in town.

But businesses aren't the only ones paying big bucks for the six-day visit. Security comes with a major price ticket. According to The Washington Post, the federal government forks over $4.5 million a year to handle National Special Security Events like this one. But it's unlikely that amount will cover all costs associated with keeping the pope and his admirers safe.

The largest crowds are expected in Philadelphia; some say more than 1 million people will travel to see the pope. City officials say the two-day visit will cost Philly more than $12 million. (Video via Visit Philadelphia)

Ten thousand folding chairs, 10,000 feet of fencing, 3,300 porta-potties and the manpower to put it all up and take it all down isn't cheap. (Video via KYW)

The city won't have to take on costs alone, though. World Meeting of Families aims to foot the bill for that stop.

Donations from individuals, businesses and foundations have reached more than $30 million and will help ensure that the pope's visit is covered.