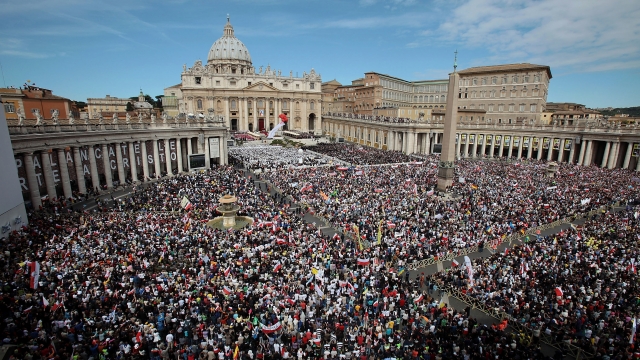 Bishops who are negligent in dealing with sexual-abuse cases can be removed from office, according to a decree from Pope Francis.

The pontiff issued an Apostolic Letter on Saturday. It sets forth legal procedures while clarifying a law that already exists.

The law says bishops can be removed for "grave causes." However, Pope Francis' letter specifically states that negligence in dealing with cases of sexual abuse against children and "vulnerable adults" falls under "grave causes."

Catholic bishops can now face removal even "without grave moral fault," the director of the Holy See Press Office told Vatican Radio. They simply need to have exhibited a lack of diligence, he said.

The pope must approve the removal of bishops. The Apostolic Letter adds that a "dedicated College of jurists" — which is expected to be made up of cardinals and bishops — will help the Holy Father make the decision.

But an organization called Survivors Network of Those Abused by Priests, or SNAP, says it's "extraordinarily skeptical."

"A 'process' is helpful only if it's used often enough to deter wrongdoing. We doubt this one will be," the group said in a statement.