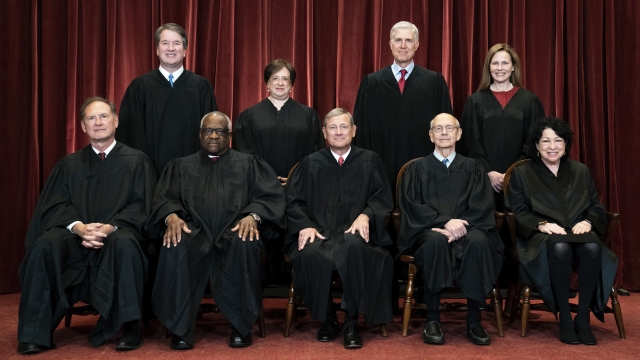 "The Supreme Court has made some terrible decisions," said President Biden, repeating his opposition to the Supreme Court's Friday ruling overturning Roe v. Wade just before leaving for Europe on Saturday.

The political fallout over the court's decision has Democrats demanding action.

"We have some ideas coming from Senator Warren, (Warren) signed a letter along with 25 other Democratic senators, asking President Biden to explore opening health care clinics on federal lands in red states, in order to help people access the health care and abortion services that they need," said Rep. Alexandria Ocasio-Cortez.

"I believe we need to get some confidence back in our court and that means we need more justices on the United States Supreme Court," said Sen. Elizabeth Warren.

Adding more justices to the court is something the White House says the President disagrees with.

With limited executive action options and the lack of a supermajority in the Senate, President Biden says his administration is focusing on protecting a woman's right to travel for reproductive health care and access to medication.

"If any state or local official, high or low, tries to interfere with a woman's exercising her basic right to travel, I will do everything in my power to fight that deeply un-American attack. My administration will also protect a woman's access to medications," said President Biden.

The court's ruling has become a political rallying cry for Democrats aiming to keep and boost their majority by turning out voters for November's midterm elections.

"A woman's right to choose reproductive freedom is on the ballot in November," said Speaker Nancy Pelosi.