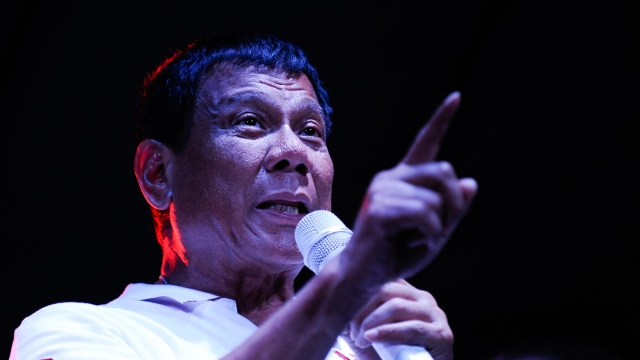 The Philippines has officially left the International Criminal Court.

The ICC is an intergovernmental organization in charge of investigating crimes like genocide and war crimes.

Philippine President Rodrigo Duterte made the decision a year ago, but ICC rules don't allow a country to officially withdraw until a year after it decides to leave.

Duterte first announced his decision about a month after the ICC started looking into thousands of deaths tied to the Philippines' ruthless crackdown on drug dealers. After notifying the court his country planned to leave, Duterte threatened to arrest the ICC's chief prosecutor if she came to the Philippines.

The ICC says a departing country is still liable for offenses committed before leaving, but the Philippines argues the court doesn't have jurisdiction anymore.

On Thursday, Duterte ramped up his already brutal drug war. According to The New York Times, he vowed to make his remaining years in office the "most dangerous" for drug traffickers and publicly announced a list of politicians he considers "drug personalities." Duterte made a similar list when he first took office in 2016, and many of the people on it have since been killed.