The Philippines' Most Active Volcano Could Erupt 'Within Weeks' 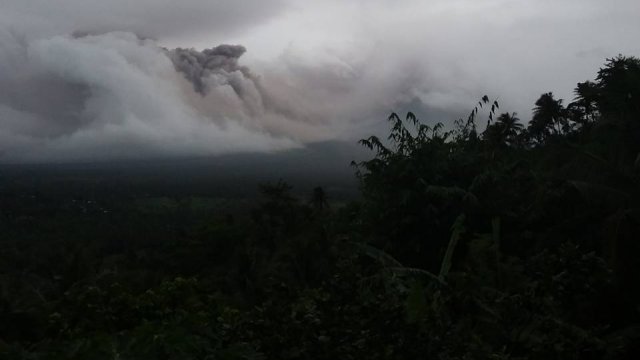 The Philippine Institute for Volcanology and Seismology raised the alert level for the Mayon volcano after it "noticeably increased its unrest."

Philippine Institute for Volcanology and Seismology

Thousands of people in the Philippines have been forced to evacuate as the country's most active volcano threatens to erupt.

The Philippine Institute for Volcanology and Seismology raised the alert level for the Mayon volcano after it "noticeably increased its unrest."

There are five alert levels for the country's volcanoes, ranging from no alert at level zero to an ongoing hazardous eruption at level 5.

New sensors are giving us never-before-seen data about underwater volcanoes, and they could give us more warning before tsunamis.

The agency observed steam eruptions, dozens of rockfall events and a bright crater glow coming from the volcano in recent days.

And authorities say a dangerous eruption is possible "within weeks or even days."

A volcanologist with the institute told CNN it will send two teams to the volcano to check the intensity of its activity.