The Pervasiveness Of U.S. Pop Culture 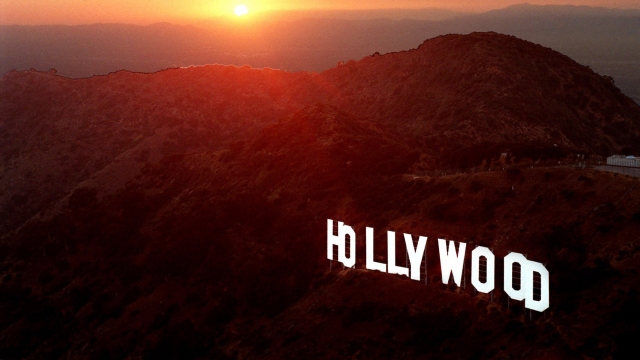 SMS
The Pervasiveness Of U.S. Pop Culture
By Newsy Staff
By Newsy Staff
March 29, 2022
How does a country that makes up less than five percent of the world’s population have a culture that permeates far beyond its borders?

Baseball hot dogs, apple pie and Chevy: it's a quintessential picture of American life, at least according to this 1970s ad from the automaker. And it's a good one, at that.

While America’s global reputation has shifted when it comes to its politics, its popular culture remains a force for those outside of the U.S.

71 percent of those outside the U.S. Think American entertainment is the best or above average compared to other countries.  That’s according to a Pew Research survey that polled people from 17 countries.

So why does a country that makes up less than five percent of the world’s population have a culture that permeates far beyond its borders?

Think of culture as a tradeable good.

For a long time, America dominated this trade, shipping its culture around the world thanks in large part to Hollywood.

In the early 20th century, Hollywood became the epicenter of film production — and thus, the starting point for American pop culture. Decades later, films like "Citizen Kane," "Gone with the Wind" and "Casablanca" began to resonate with wide audiences.

More recently, television has permeated too. And those outside the U.S. Say that’s a major reason why American pop culture is so popular abroad.

Take "Friends," for example. The show about 20-somethings in New York City wasn’t just a hit here. It’s a classic in countries like India, too, offering a glimpse of life in America.

The Walt Disney Company has written the book on exporting its media. Its movies have gained millions of fans abroad. It also has theme parks in cities like Tokyo, Shanghai and Paris — bringing iconic American characters overseas.

These days, America is beginning to import more media and pop culture from other countries.

In 2020, “Parasite” became the first foreign-language film to win the Oscar for  best picture.  Last year, the South Korean show “Squid Game” was among the most watched series on Netflix.

But even as the internet diminishes physical borders and the rise of streaming platforms allows foreign productions to gain global attention, some people abroad still feel America’s pop culture is setting the trend.

If that’s the case, anticipate American pop culture to influence — and be influenced by — cultures around the world.