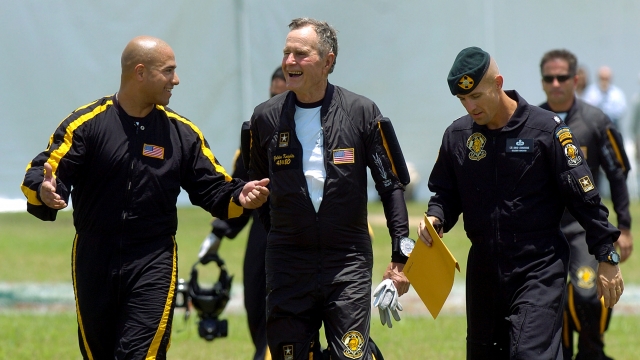 If you're in the market for a job with generous retirement benefits, consider declaring your candidacy. You could start your golden years after one four-year White House term replete with a hefty package of perks.

The retirement plan is laid out in a document called the "Former Presidents Act."  Before 1958, ex-POTUSes got a pat on the back and then fended for themselves.

Pension: Former presidents get an annual pension equal to the salary of a Cabinet secretary, which was about $211,000 in 2018. The pension begins at the moment a president leaves office — noon on Inauguration Day, Jan. 20.

Spouse benefits: Widows or widowers of ex-presidents get $20,000 a year, with two exceptions: They can't have a federal job and they can't remarry before 60.

Insurance: If an ex-president was with the federal government for five years or longer as a president or in other positions, they keep their health benefits forever.

Secret Service: Protection is for a lifetime — same for the spouse, except in the case of remarriage — and children get protection until the age of 16.

And that's not all. When presidents visit Washington, they can use 716 Jackson Place. That's the "Presidential Townhouse" just a block from the White House.

It belongs to the federal government and has two dining rooms, multiple bedrooms, and space for the Secret Service in the basement.

Now, two orders of very important business which can exclude a former president from a perk-filled existence: If they take a job in the federal government paying more than a "nominal" amount, benefits don't kick in until they're done serving. Private sector jobs — like serving on corporate boards, writing books, giving speeches — are perfectly fine. President Obama reportedly got $400,000 for a 90-minute interview in 2017.

The other stipulation: Don't get impeached and removed from office. In that case, no benefits — experts say that likely applies to the full former first family. However, a president who resigns still gets the full bouquet. Richard Nixon resigned and kept cashing the annual presidential pension, which was $60,000 at the time (right around $300,000 in today's dollars). 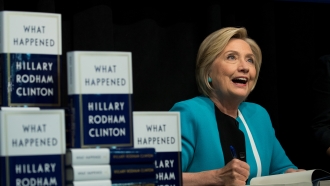 The Windfall Of A Losing Presidential Candidacy

If this seems like the retirement for you, all you have to do is raise upwards of $600 million, spend every minute of every day shaking hands and kissing babies and, of course, warmly embrace public scrutiny for the rest of your natural born life.