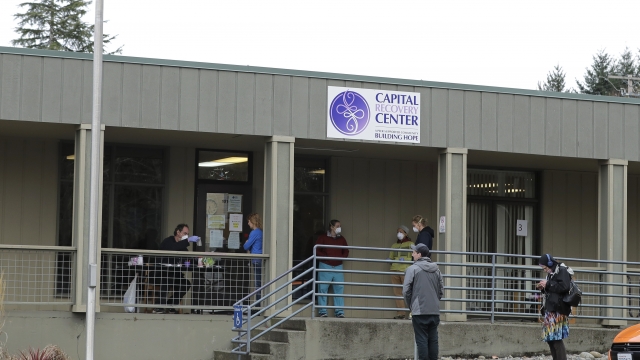 SMS
Overdose Deaths 'Surge' Amid COVID-19 Crisis
By Amber Strong
By Amber Strong
April 28, 2020
Coroners across the U.S. tell Newsy they are seeing a rise in overdose deaths.
SHOW TRANSCRIPT

Dr. Pam Gay has been the coroner in York County, Pennsylvania, for 6 years. Over the past 2 months, she’s noticed a trend: an uptick in fentanyl-related overdose deaths.

One state over, in Franklin County, Ohio, coroner Dr. Anahi Ortiz tells Newsy. “We have had surges every Friday in April. This past Thursday night ... we had 10 die of overdoses. The first weekend we had 17 in 42 hours.”

While the CDC won’t be releasing official overdose statistics for some time, officials at the U.S. Department of Health and Human Services tell me this is the perfect storm for people battling addiction.

“They have a lot of time on their hands that's unstructured where they are experiencing job loss, revenue loss and often people, given opportunity, will turn to drugs and alcohol.”

To get ahead of the curve, Dr. Elinore McCance Katz of HHS says her department worked with the Drug Enforcement Administration to loosen the requirements associated with MAT, or medication assisted treatment.

MAT is when doctors use a combination of therapy and controlled substances to help wean patients away from their addiction.

In late March, the DEA issued a waiver allowing authorized physicians to prescribe MAT to new patients over the phone or virtually instead of in person.

“The reason we did that is because we wanted to make sure that people with opioid use disorder had a way that they could access care, including medication.”

“I’ve been in recovery the last few years, trying to keep it clean.”

That’s what’s happening here at Isaiah House, a treatment facility with several locations across the hardest-hit areas of Kentucky.

President Mike Cox says they’re hoping to avoid the fate of many nursing homes and prisons that have seen COVID-19 spread throughout the facility, by enacting stricter policies.

“We've canceled immediately all home visits, family visits, we've restricted all unnecessary personnel into all of our facilities.

They’ve also implemented temperature checks for all staff and clients, and every person in the building must wear masks.

Cox says while Isaiah House is doing all it can to reach patients, some people don’t have access to the internet, and the isolation overall makes it that much more difficult to save lives.

Some communities across the country are continuing to distribute Narcan, which can reverse opioid overdoses, but that does little to help those social distancing alone.