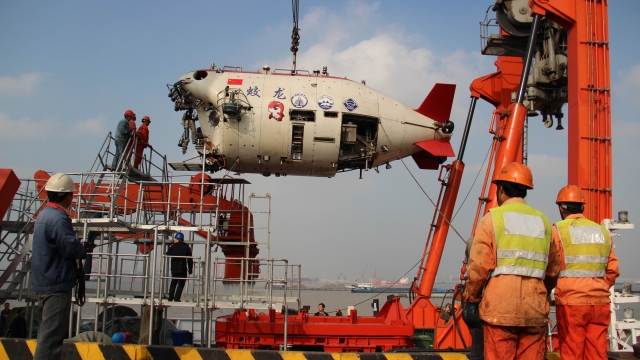 The Pentagon said China is using espionage to steal technology to benefit its military.

The Department of Defense recently released a Congressionally mandatory report on China's military. It says China uses multiple methods to reach its goal of military modernization, including cyber theft and exploiting private Chinese nationals' access to foreign military technologies. It also said it uses, among other things, talent recruitment and cyberespionage to obtain foreign technology.

In a Twitter thread, the department said "China is growing its inventory of DF-26 intermediate-range ballistic missiles." It said China started "construction of its second domestically-built aircraft carrier" last year, and "will likely join the fleet by the end of 2019."

It also says it expects China's submarine force to grow to between 65 and 70 submarines by 2020. China's defense budget is growing as well. The department says it nearly doubled in the past 10 years.

The Pentagon's accusations of espionage come amid heightened tensions between the two countries. President Donald Trump said China's economy has been hurt by U.S. tariffs. The U.S. has also cut ties with Chinese tech giant Huawei, accusing the company of trying to steal trade secrets from T-Mobile.