The Pentagon Isn't Surprised It Failed Its First Audit 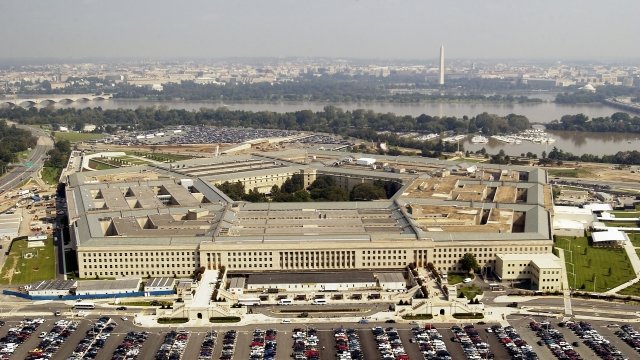 SMS
The Pentagon Isn't Surprised It Failed Its First Audit

The Pentagon has finished its first-ever audit — possibly the biggest, most complex audit ever done. So it's fair to say the agency had low expectations.

Deputy Secretary of Defense Patrick Shanahan said Thursday, "We failed the audit, but we never expected to pass it."

As Shanahan put it, the fact that the Pentagon did the audit in the first place is "substantial," adding, "Everyone was betting against us that we would even do the audit."

That's because for nearly three decades, the Pentagon hasn't conducted one.

Even though it's been required to since 1990, when then-President George H.W. Bush signed the Chief Financial Officers Act into law. That law requires all government agencies to conduct internal audits. The Defense Department says it was reluctant to conduct one in the past, but Defense Secretary Jim Mattis demanded one.

The Pentagon's audit covered "$2.7 trillion in assets and $2.6 trillion in liabilities" for the 2018 fiscal year and took nearly a year to complete.

Shanahan says some of the major issues auditors found were inventory accuracy and compliance with cybersecurity. The department is expected to release a more detailed report of the findings.