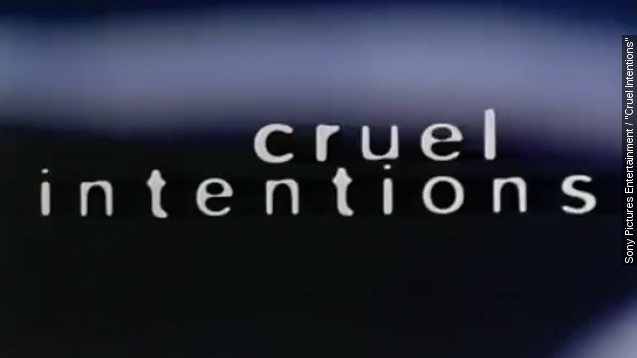 If you've noticed a lack of creativity coming from studios nowadays, you're not the only one. It's getting pretty hard to keep up with the movie-to-TV adaptations.

Thanks to NBC, we will soon have three series based off movies: "Think Like A Man," "In The Line Of Fire" and the just announced "Cruel Intentions" series.

Unfortunately, Reese Witherspoon or Ryan Phillippe is unlikely to star in the series. Instead, it will be based on their characters' son, Bash Casey, as he moves from Kansas to San Francisco to discover the truth about his family's legacy. (Video via Sony Pictures Entertainment / "Cruel Intentions")

I mean seriously, there are so many movies being converted into TV shows these days.

Den of Geek reports there are at least 39 movies being turned into series. We will soon have shows based on "Galaxy Quest," "Training Day," "Friday the 13th," "The Notebook" and "School of Rock."

And "Taken" — because, of course — that franchise would be nothing if not for finding different ways Liam Neeson's family members can be kidnapped. At least this NBC prequel will maybe help explain why criminals like to destroy his family life.

We do already have a few adaptations on television with "Limitless" and "Fargo." "Fargo" has definitely proven there's a right way to adapt a movie. The series is only in its sophomore season but has already racked up two Golden Globes and three Emmys.

A few remakes I'll be staying away from: the insanely scary adaptations based on "The Omen" and "Shutter Island," as well as "Marley and Me," because between the book and movie, I've cried enough for one lifetime.